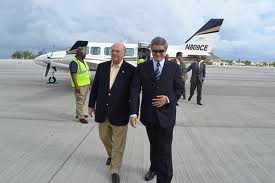 I got this info downtown yesterday, but yesterday was a busy day. According to my government sources, while under questioning by the Lands Recherche (Dutch Detectives), Theo Heyliger admitted to his involvement of the “Bada Bing” tape. The extent of his involvement, has yet to be disclosed.

Facing witnesses, willing to come forward and testify that either UP or their representatives, approached them with the same video tape months ago. Theo feels that Jaap Van Den Heuvel betrayed him by disclosing his involvement in the blackmail/entrapment scheme.

Theo spent more time at Bada Bing than any of the other United People’s Party members. It was the hotspot for Toachie Meyers (Parliamentarian Sylvia Olivacce-Meyers’ husband), Theo Heyliger, Romain Laville, Patrick Illidge and many more during the UP/Independent/DP coalition reign.

The Bada Bing offices, according to my Bada Bing sources, have up to seven cameras strategically placed. Everyone who enters the office, sees and knows that the cameras are there.

I asked United People’s Party, Elegio Somersall last week, if someone knew that there were cameras, why would they CHOOSE to enter an office and do something illegal in FRONT of the camera.

Elegio gave me the now most used UP phrase, ” I don’t know nothin’ ’bout nothin’.

I guess the plan fell apart when Jaap sang like a canary. Of course Theo could have called Jaap a liar, but then again Theo is now aware that his uncle Norman Wathey was also recorded, when he approached me with the very same video info in January.

Right now whoever Theo has retained as a lawyer is making enough money to buy their own yacht. Theo Heyliger is currently under so many different investigations, it still amazes me when I watch the  video of Parliamentarian Yanchi Leonard, crying about not wanting to go to the  Netherlands, because “he didn’t want to be seen as a criminal”.

Parliament is next week, can’t wait to see them all.

ALL INFO BROUGHT TO YOU BY THE SXM ONLINE NEWS NETWORK, COVERING THEO’S EVERY CRIME, BECAUSE THE DAILY HERALD REFUSES TO. 🙂