Suspects in Middle Region stabbing death of teenager to remain in custody.photos of suspects judith roumou 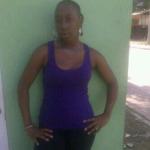 The two teenagers accused of stabbing 18 year old Kimberly Illidge of Middle Region were released shortly after their arrest. They were released on a technicality, it is illegal to house minors in an adult facility. They were promptly re-arrested, and now will remain in pre-trial custody until their day in court.

PHOTOS ABOVE OF SUSPECTS: judith roumou

The Court of First Instance adjourned the trial of Shanieska Alisia B. and Eric Jonathan J. to October 23rd 2013. THe two 17 year olds are suspects in the fatal stabbing death of 18 year old Kimberly Illidge on March 23 2013. There is a possibility that ERic J will be given a suspended sentence, due to the beginning of the new school year.

Shanieska B. in the photo above entering the Court house for their arraignment is suspected of stabbing Kimberly Illidge in Middle region, appeared int court yesterday afternoon. Prosecutor Van Nie announced that she would request and adjournment because the report from the Dutch Forensic Institue NFI was not yet available, and the courts are also awaiting a psychiatric evaluation of the minor defendent.  Attorney Shaira Bommel, asked the court to terminate or suspend her clients pre trial detention. The detention situation at the police staion is unacceptlbe for minors.

Two cells at the olice station have been designated as youth detention facilities at the police stations.  Bommel continued that the teenagers were being housed with adults, something many have questioned.

More on the story, coming up.