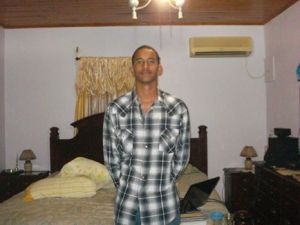 Word is coming in that it was Theo Heyliger’s son Curtis King was killed in the early morning car crash. It is being reported that he died immediately. I know Curtis because Curtis King is the only person who actually came on Facebook to defend Theo Heyliger. I never knew who he was, until he contacted me to tell me who he was and to defend Theo Heyliger. The first thing that I told him, was that he got mad respect from me for being the ONLY one to really stand up for his “old man”… We even discussed him joining St Maarten politics. So this is sad. Condolences to the family. That it is Curtis is UNCONFIRMED, but Theo’s son was killed last night, and I’m being told its Curtis RIP

LATEST : Curtis Heyliger, son of Member of Parliament Theodore Heyliger who is also the leader of the United People’s Party died in a tragic road accident that occurred around 4:30am Tuesday morning.
Police Spokesman Ricardo Henson confirmed that young Heyliger succumbed to the injuries he sustained during the early morning accident. Henson said Curtis Heyliger was driving at extremely high speed on L.B. Scot Road and lost control of the vehicle which led him to hit into a concrete wall not far away from the “Dollar Store”. The vehicle drove through the wall, destroyed a wooden structure (Gazebo) and hit a pick-up truck that was parked inside the property. Heyliger passed away on the spot, Henson said.
Curtis Heyliger is the oldest child for Member of Parliament Theodore Heyliger who was residing at Bouganville Road.

OTHER REPORT: PHILIPSBURG, St. Maarten – Police are now investigating a serious accident that took place on the L.B. Scott road Wednesday morning, minutes after four (4am).

Reliable sources told this website that the accident involved a lone car that was coming from the direction of St. Peters towards town when he lost control at high speed.

The vehicle slammed through a wall and ended up in a wooden hose.

The driver of the car is said to have died as a result of his injuries.More information from the police can be expected later.