WAR!!! President of the Board United St. Maarten Party Cecil Nicholas Angry at omission- Frans Richardson claims he has receipts to prove he registered

By Sint Maarten News on June 2, 2014 • ( 4 Comments )
I was surprised when Jeffrey Richardson and Lenny Priest didn’t show up as having registered parties for this years elections. When there was no Frans Richardson or his party, I assumed the rumour was true. 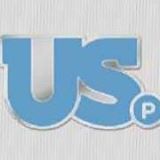 Standing Strong!
Political warfare has begun, it has moved from rumors to print and social media.

Is it true that the United St. Maarten Party did not submit their request for registration by the deadline for the parliamentary elections?

The USp is committed to expanding opportunities to all residents by providing social, economic and political resources that will maximize their power as citizens and voters.

The vision of the USp links the dreams and desires of St. Maarten citizens with the social, economic, and political solutions government can provide.

The core values of the USp provides the founding principles on which it operates, namely, inclusion, unity, excellence, dedication, integrity and the upholding of the constitution of St. Maarten.

USp enthusiastically embraces each challenge that comes with public service understanding that renewing and refining a nation is a never ending process that demands patience, compassion and an ever expanding vision.

There are those in the political arena who do not see themselves as part of the problems of this country.

The United St. Maarten Party says that they are!

There are those who are of the opinion that the USp should not contest the coming elections, because it weakens established parties.

The United St. Maarten Party will!

Some have said we will fade away.

The United St. Maarten Party say’s we will not be deterred!

They say we are a young party over-lee ambitious, to think that voters have the ability to see past all their (established parties) short comings and elect us into office.

The United St. Maarten Party say’s that the citizens of St. Maarten are not blinded by your smoke and mirrors routine, they are tired of it!

They say young and ambitious does not translate into votes, but in the same breath they are all trying to look young and qualified.

The people’s business is not a concert like promotion to USp.

The people’s business is not and will not be secondary.

The people’s business will not be negotiated away by USp.

This young and ambitious party will not be derailed from its mission to unit, educate, and motivate through innovative thinking and responsible public policies that serve the well being of ALL!

This young ambitious and qualified party will not be blinded from creating a path for qualified St. Maarteners into public and private sector employment, recognizing the continued need to develop business and civic leaders who have the heart to reach out and help their neighbors.

The people behind the traditional machinery that drives the business as usual political atmosphere of this country has begun to spin their rusty wheels. Aged and battered they are insisting, that their methods are good for one more run.

They have refused to hear the cry of the people saying, no more career politicians!

They have set their scopes on the United St. Maarten Party, adding to all the rumors, we now have supposedly not submitted a request for registration for coming parliamentary elections.

As president of the board of the United St. Maarten Party, let me state this unequivocally, USp did submit a request for registration with the Electoral Council on May 27th 2014.

Usp will not waiver, and we will not be distracted, or deterred. We are standing strong and by the grace of God, we will be for years to come. Stand With US