UPDATE!!!IF WILLY AIN’T DEAD YET, WELL THEY WORKING ON IT: THE LATEST IN SXM ELECTION 2014 POLITICAL MELEE UPDATE ON ‘COALITION DEMOLITION’

LATEST BUT GREATEST …..UPDATE!!!! : YOU HAVE TO CLICK BACK ALL DAY BECAUSE I WILL BE UPDATING ALL DAY

LATEST: Frans, Cecil and the USP has confirmed Leona going Rogue on him, just like he went rogue on Marlin. Leona is taking Lynch with her. Frans and Co. confirmed this, and said she can go her own way. But they also said that her and Lynch need to remember “Patrick Illidge” and “Romain Laville” !!! Hey Leona, you need to remember your ex-boss Frans too, he went rogue too….. and he did VERY well at double crossing and backstabbing. But somehow he expected that it wouldn’t rub off on you??? Keep clicking back,

Now this is a MELEE update, but they’re saying Leona isn’t with Frans and is holding a press conference at 11:00 am…

According to MY sources:

They’re back meeting again i understood as the deal presently signed by Frans is dead. That’s why Leona wasn’t in the picture when they so called agreed.

Leona is having a press conference at 11.00am this morning I understood. Can’t confirm that yet. I understood for sure that Leona is at war with Frans for the deal he signed and isn’t supporting it. She demanded VROMI

3) Marlin got Romeo to stay with him, by promising him a Minister position- and THAT’S why Romeo didn’t follow his BFF Frans! 🙂

4) There’s a reason Marlin was sweating yesterday at “Jimmy’s” on the Pondfill.

5) When Sarah Wescot Williams is being quiet and obliging- be very afraid 🙂 …. it means she’s plotting! She can’t help herself.

6) Now that Frans is making demands of Marlin, Sarah has started in on him………..our Dear Sister Sarah.

7) Sarah talking to Theo too!!! Theo only needs ONE of them to bail on Marlin- he has options

9) Marlin has a “Rodolphe Samuel” conundrum……. Samuel has a mind of his own, he openly DEFIES William.

10) If you think Samuel and Marlin are cool, check out Samuel’s disastrous “Cricket Campaign”, William Marlin was against that. William didn’t want any reminders this election of their biggest failure in office- allowing Frans to fill in the Salt Pond- Samuel used Cricket ANYWAY.

11) Marlin made BIG promises to Samuel AND Romeo- which he now CANNOT fulfill.

12) Marlin is willing to give Frans the third Minister only IF they can agree on him. But they CAN’T! Marlin wants Romeo – who he promised a Minister position if he stuck by him. But guess what? When Romeo stuck by Marlin, he BETRAYED Frans the man who gave him a Minister position the LAST time. So now Frans will NOT deal if Romeo is on the table……. but Marlin made promises 🙂

13) As I stated last night, and it was confirmed in the paper- Janchi now has the seat. I also stand by my blog about Christopher being unhappy, considering my source was NA Board!!!!!

14) Theo has made it known, that he will gave Frans the 3 seats.

15) Sarah has made it known, that she’s pretty much open to anything that ensures her survival.

16) Kendall and Christopher want the people to believe that this coalition is a ‘sure thing’, yet yesterday Kendall was confirming on his Facebook, and Ms Friday was agreeing with him that …”these rumours can hurt the coalition”…

BUT MY DEAR KENDALL, IF THE COALITION IS ENGRAVED IN STONE, IF IT IS A DONE DEAL- HOW CAN ANY RUMOUR CHANGE THAT? Because of the new coalition, which is forcing enemies to work together, Kendall has been contradicting himself every other post.

17) Kendall and Christopher want to make me out to be the world’s worst source.. LOL!!! WHEN I CAN PROVE THAT THE MAJORITY OF MY INFO COMES FROM KENDALL AND CHRISTOPHER! Christopher and Kendall have been asked to PUBLICLY challenge Judith Roumou, to release her proof as to what she is blogging. So far BOTH Kendall and Christopher have NOT responded to the challenge, because THEY KNOW- the emails and conversations will go back to 2009, and open up a new can of worms 🙂

18)Kendall Keith Dupersoy doesn’t DARE write my name correctly anymore on facebook, because he’s afraid to tag me, and I will respond. These cowards only know backdoor tactics, but Marlin taught them well…. Then again Vance James taught HIM well…. 🙂

19) EXPECT ANOTHER POLITICAL BOMB TO DROP LATER ON THIS AFTERNOON!!

20) The only person who’s been celebrating throughout this ENTIRE Election Count Disaster is ME 🙂 It doesn’t matter what the outcome is…. politicians that I LOATHE, will be crying 🙂 That’s a “win’ for me 🙂 NA got their ass chopped off this elections, Marlin can’t sleep- and Kendall is posting about “Karma” and NA Sheep are “Liking” it………Who got the “Karma” boo? Theo or YOU??? It’s seems like the karmic forces were dishing out to just about everyone this election, Marlin more than ANYONE else.

When I am critical of Sarah Wescot Williams and Theo Heyliger, which I often am- Kendall Dupersoy and Christopher Emmanuel LOVES it, and I have the emails to prove that. I am SXM’s greatest source and writer!

However when I dare criticize their “Dear Leader” Kim Jong Marlin-

I am St Maarten’s WORST source.

Kendall and Christopher and Lamin don’t understand that I get millions of readers because I’m not up ANY politicians ass.

To understand Kendall, you have to understand that Kendall is a former ‘pretty boy’ who only cares about the superficial. Jack Monsanto (Jose Cuerpo) went to war with Kendall online. They went to school together, it got really personal and acrimonious on Facebook.  When I saw Monsanto at the carnival village, I asked him what his beef was with Kendall. Monsanto said “Kendall is a hypocrite- he needs to be posting about all the Point Blanche land him and Marlin got while in office.”  I told Monsanto, that if he could provide the documentation, I would post it. So then I asked Kendall, what Monsanto’s problem was with him. Kendall’s response? “Jack Monsanto is jealous of me because I’m more handsome than him, I got better teeth and better hair. I am better looking than him, with a better job than him, so anything he says is PURE JEALOUSY…. Now I want Kendall to deny that conversation, and force me to dig up some old emails, and phone recordings.

Nobody can say I don’t criticize Theo, Sarah, Frans.

No one can say that I show bias.

What satisfaction would I get right now attacking Theo?

I certainly can’t, in all my greatest efforts hurt Theo more right now. than the fact that he won the election, but lost the Government…… it’s a wasted effort, on my part. 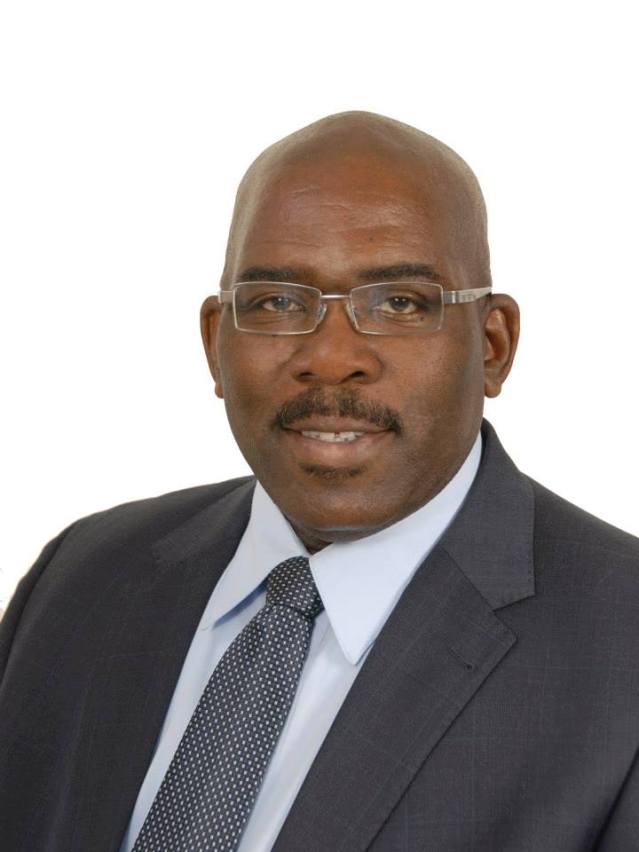 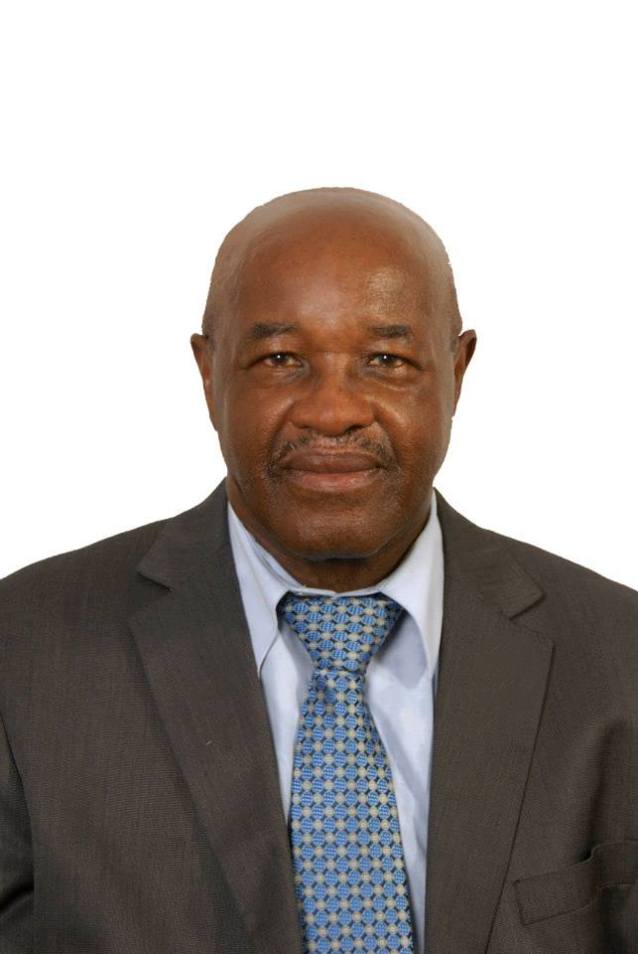