SXM PARLIAMENT ANGRY, DENNIS’S AGREEMENT TAKES AWAY THEIR POWER, GIVES IT TO THE DUTCH

On Saturday St Maarten Minister of Justice Dennis Richardson, sat down for talks with Dutch Minister of Home Affairs and Kingdom Relations Ronald Plasterk.
The agreement was signed and settled, when members of Parliament realize that Dennis Richardson, in signing his agreement with Plasterk, had taken away most of Parliament’s and the St Maarten Ministries powers with the new agreement.
Parliament members such as US leader, Frans George Richardson, and the National Alliance leader, William Marlin were angry and irate, that they only found out about the deal limiting their powers, long after the agreement had been signed.
Some in St Maarten feel that Dennis Richardson got the SXM government a raw deal, and that Dennis was tricked by the Dutch.
But we know Dennis has always been pro-Dutch, and he was the one who called them in to ‘defend’ St Maarten in the first place.
Saying that Dennis’ days are numbered because of this decision is B.S.
Dennis’ days were numbered from day one. Both Hassink and Dennis who are former Prime Minister Sarah Wescot Williams appointments, have already made agreements with the current governments to stay ONLY ONE year, until they find a replacement.
Seeing as the local ‘government’, cannot truly form a government, because they cannot find the last two Ministers needed means that even if the current government wanted to get rid of Dennis, who would Dennis be replaced with?
If the current ‘government’ could’ve replaced Dennis, they would have done it already.
Nobody wants the job of Minister, if the Dutch are going to be supervising everything, and according to the agreement, the Dutch and their new “Integrity Committee” will be supervising and ‘strenghtening’ more than the police force.
The St. Maarten Council of Ministers also may not cooperate with any changes to the ordinance without consulting the Dutch Government. This means the St. Maarten Parliament in fact has been sidelined and has to accept the draft ordinance as is, much to the anger of its members.

When questioned by local paper, The Daily Herald- this is how some leaders in SXM government and Parliamentarians responded:
United St. Maarten (US) party leader Member of Parliament (MP) Frans Richardson’s first response was that he could not comment on a document that the minister, who sits in government on behalf of his party, “didn’t see it fit” to send to him. “I only got the protocol second-hand,” said Richardson. He called it “unfortunate” that the protocol takes away the responsibility of Parliament.

National Alliance leader MP William Marlin called the move by Dennis Richardson “unacceptable” and said the Parliament not only had been sidelined, but also silenced by a minister “who claimed to defend his country.”

“It is unbelievable” that the same minister who vehemently objected to the Dutch Government transgressing the St. Maarten Constitution using authority it does not have to impose measures, now signs an agreement with the Dutch Government, Marlin told The Daily Herald on Tuesday.

“This protocol is degrading and insulting and is relegating the Parliament to a mere rubber stamp. I hope the minister realises the consequences of the decision he has taken, unless he has done so in consultation with the majority in Parliament, because if Parliament rejects the national ordinance on the Integrity Chamber, there is no opportunity to bring about change to it. It is take it or leave it. The minister should realise that this means the Council of Ministers should also take it or leave it,” said Marlin. 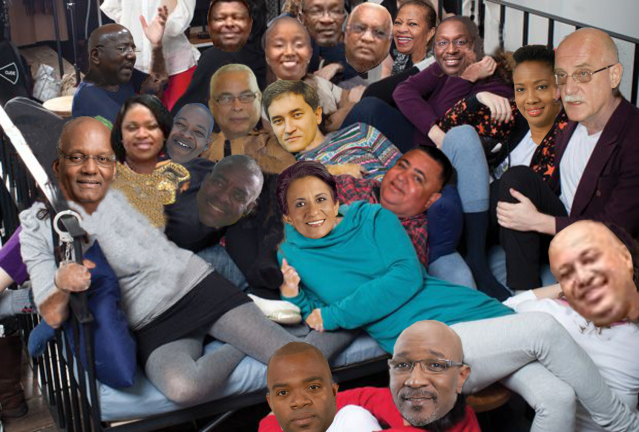 MP Sarah Wescot-Williams of the Democratic Party (DP) said her party was not against the establishing of an Integrity Chamber. However, she objects to the way the agreement between St. Maarten and the Netherlands has been reached.

Wescot-Williams said that during the recent debate in Parliament on the Integrity Chamber, Government had made it seem as though it needed time to come back to Parliament on the matter and to possibly include the comments and recommendations of Parliament.

“Now we learn of this agreement. That is not the way to go. It is obvious that this Government has no regard for Parliament. Parliament has been sidelined and that is not acceptable. Government has some serious explaining to do,” said Wescot-Williams.

Frans Richardson said Parliament should never be used as a rubber stamp by Government to sign any agreement. “The people of St. Maarten voted for us to serve them. As such, agreements must have prior approval of the Parliament. The protocol is basically saying ‘take it or leave it’ and that is unacceptable to us,” he said.

According to Richardson, St. Maarten already has enough laws that deal with integrity in government on every aspect. He mentioned that integrity was arranged through article 36 of the St. Maarten Constitution, the LMA law that governs the civil service, the Kingdom Police Law and the St. Maarten Penal Code.

“Yes, we do need help in certain areas of law enforcement, but not the kind of help where we are put aside and things are run by the Netherlands. We should be given the opportunity to remain in charge of our own affairs,” said Richardson, who objected to St. Maarten being used as a “whipping stick” by The Hague.

MP Johan Leonard of United People’s (UP) party didn’t want to comment on the protocol on Tuesday. He said he first wanted to get back to his party on the matter.

The MPs did not say whether there would be consequences for Minister Richardson’s action, but reliable sources said his days were numbered.
According to the same source, these will be the changes now that Minister of Justice, Dennis Richardson has signed away his soul to the Dutch 🙂

St. Maarten’s Justice Minister Dennis Richardson and Dutch Minister of Home Affairs and Kingdom Relations Ronald Plasterk signed a protocol in The Hague on Saturday, that effectively forces the St. Maarten Parliament to approve the National Integrity Chamber Ordinance by the end of this month, and no later than June 30. Members of Parliament who are in The Hague for talks were not amused when they received the news second-hand (see related story).

The protocol on the establishing, format, functioning and cost of the Integrity Chamber is based on a mutual regulation and cooperation defined in article 38 of the Kingdom Charter. As a result, the imposing of a General Measure of the Kingdom Government (Algemene Maatregel van Rijksbestuur AMvRB) to establish the Integrity Chamber, currently at the Council of State for advice, is off the books for now.

The protocol not only restricts the authority of the St. Maarten Parliament, but also that of the St. Maarten Council of Ministers. The latter may not cooperate with any changes to the National Integrity Chamber Ordinance without first consulting the Dutch Government. The establishing of the Integrity Chamber is in line with the recommendations of the integrity audits that were completed last year.

The Integrity Chamber will have the independent authority to investigate possible integrity violations and to report its findings to the Prosecutor’s Office. The Chamber also may give advice and recommendations to the governments on integrity issues.

The Integrity Chamber will report to the St. Maarten Government and Parliament, and to the Kingdom Council of Ministers. The protocol states that the Netherlands will appoint a quartermaster before July 1. The Dutch quartermaster will work together with the already-appointed St. Maarten quartermaster.

As the Integrity Chamber and the law enforcement sector are “inseparable,” as Minister Plasterk put it in his letter to the Dutch Parliament on Tuesday, it was agreed to strengthen the St. Maarten Police Force, the National Detectives (Landsrecherche), the Kingdom Detective Cooperation Team RST, the Prosecutor’s Office and the Joint Court of Justice. Further strengthening will take place at the Royal Netherlands Marechaussees.

The strengthening concentrates on combating high-impact crimes, border-transgressing and -undermining crime, and human trafficking and trade. There will be special attention to strengthening the cooperation between the local law enforcement entities. The Marechaussees will, in light of their core business, be in special charge of combating human trafficking/trade and border-related and -undermining crime.

A steering group will be established under the responsibility of the St. Maarten Justice Minister to guide and supervise the process to strengthen the St. Maarten Police Force. The Netherlands will make experts and capacity available for the process.

The participation of the St. Maarten Police Force in the RST will be intensified, while the RST will assist the detective unit of the Police Force where necessary. The Dutch Government will make capacity, means and expertise available for the RST, so the latter will be able to carry out multiple undermining-crime-related investigations at the same time. The Prosecutor’s Office will make special capacity available to St. Maarten.

Also, the cooperation with French St. Martin, surrounding countries and the United States will be intensified. The National Detectives will be strengthened to investigate integrity violations and crimes committed by members of Government and civil servants.

Richardson and Plasterk were both “very satisfied” with the fact that the countries together arrived at “this important agreement,” it was stated in a Ministry of Home Affairs and Kingdom Relations BZK press release Tuesday morning.

The bulk of the cost of the Integrity Chamber and the strengthening of the law enforcement sector for the period 2015-2018 will be carried by the BZK. The St. Maarten Government also will contribute financially.