Amsterdam – St. Maarten businessman Francesco Corallo will not abide by the ruling  of the Public Prosecutor in Rotterdam, and is re-appealing his case against Knipselkrant Curacao.

Mr Francesco Corallo, is an Italian by birth but is now a naturalized Dutch citizen. The methods he used to obtain his Dutch Citizenship is now being questioned, since it is alleged that a Curacao politician was paid a lot of money, to buy Corallo his Dutch rights.

He is the owner of a large casino empire in the Caribbean (BPlus), which includes The Starz Casino in Cupecoy, The Beach Plaza Casino in Philipsburg and the Paradise Plaza Casino in Simpson Bay, St Maarten. 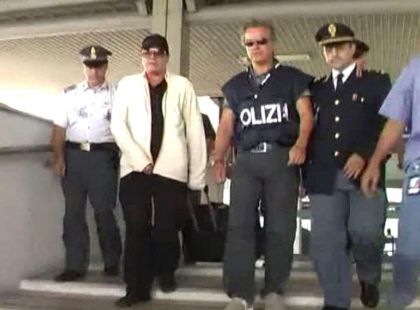 The campaign contribution rules in St Maarten are different, so it appears that the Corallo money continues to be put to good use in St Maarten.

According to the political grapevine, St Maarten Island Government leader, and leader of the United People’s Party, Theo Heyliger received substantial donations from Francesco Corallo in 2010, to influence the St Maarten government.

Theo’s own UPP people are claiming, that Theo’s job was to ensure that BILLIONAIRE Corallo paid ZERO taxes in St Maarten.

St Maarten was also supposed to be a safe haven………a tax haven for Corallo who is said to owe OVER 1 BILLION in taxes in Europe, and is being actively pursued by the Italian Authorities and Police who have formally stated in Documents to the Curacao government, that Corallo is an ‘important’ figure in the Sicilian Mafia, and that he is committing so many crimes, that it is easier to list the crimes that he is NOT committing, than it is to list the felonies that he’s been accused of.

Right now the only person Corallo is supposed to still have any faith in is Mr Yu-Korsou.

Mr Yu-Korsou is in court right now on multiple charges, and is certain to do prison time, but Mr Yu-Korsou, has more Bogota blood running through his veins than anything else, so prison doesn’t scare him.

Yu-Korsou might not snitch Corallo out, but he is in court involved in so many cases, being charged with so many felonious crimes that he can’t help Corallo Right now.

Corallo is facing prosecution June 16th in Italy, but he may eventually face prosecution in The Netherlands, Curacao and St Maarten too.

The charges are serious. The Curacao Prosecutors are basically saying that Corallo had Mr Yu-Korsou install double agents in The VDSM or Secret Service in Curacao, so that they could illegally wiretap and trace police, prosecutors, judges, enemies… Anyone who could get Corallo caught up in a crime… evidently were targetted to be blackmailed if they ever attempted to come after Corallo.

But prison DOES scare Theo… and that must make Corallo nervous.

Theo made a LOT of promises. And Theo does NOT Welsh on promises.

Everyone knows that if Theo promises something, more likely than not he will do it, and that’s a part of the reason he is so liked and popular in St Maarten politics.

It appears that when Theo saw Patrick in handcuffs, and Corallo being arrested by the Italian authorities, Matser convicted, Shigemoto in court, Romain getting arrested, and Marietje and Toontje facing prison.. the hesitation began….

Then the judge demanded that Theo appear in Court for Masbangu (Before the main witness and whistleblower Glinda Webster dropped down and died of ‘natural causes’ before she could testify and bust the bucket on the UPP and the St Maarten Police department)……. and Theo’s feet got chillier.

Then Theo pissed off then Prime Minister Sarah Wescot Williams by not giving her what she wanted in the new government, so Sarah the snake, had her little sidekick Minister of Justice Dennis Richardson send a FORMAL appeal to the Netherlands begging them for their assistance, to defend and secure St Maarten.

Evidently that’s all the Dutch government needed to go into second gear on the St Maarten government’s ass.

When Theo Heyliger realized exactly what Dennis had done, and that the Dutch who are barnacles, would not let go… ….     Theo got very, very quiet. 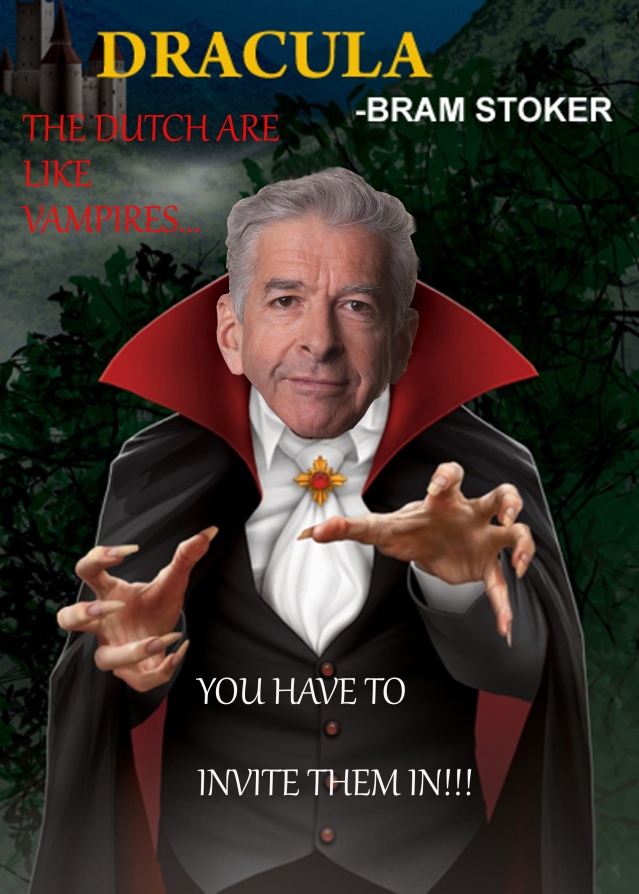 According to UPP sources, by the 2014 elections Francesco Corallo had already lost faith in Theo Heyliger, so he decided to ‘invest’ in another Parliamentarian…. UPP Silvio Matster, who is currently facing a prison sentence for tax evasion…………….. but I digress.

In 2014, the joke was that Theo was afraid to touch Corallo’s money directly for the elections, but he needed the money, so he sent who he thought was his buddy, Silvio Matser to collect “Corallo’s Campaign Contribution”. The fact that it’s public knowledge that Silvio Matser through blood and business is a National Alliance agent, seemed to not bother Theo at all.

Theo felt that he could control Matser, but who’s Theo’s boss?

So as the story goes, Silvio collected the money, but didn’t give Theo anything, but instead used it to buy his own Parliament seat. Corallo was supposed to be happy, because he thought he finally had someone in Parliament who he owned and could trust.

They said, he wanted a Parliamentarian who could do that for him, Theo had lost his spine, Silvio would..

They said that Silvio didn’t just take Corallo’s contribution money and blow it on himself, against Theo’s wishes.

According to my UPP source, Corallo is the one who told Silvio to use the money on himself, because he no longer had faith in Theo, because Theo was more afraid of the Dutch than of Corallo.

If Theo wouldn’t do it, then another Parliamentarian had to be purchased.

Theo is Claude Wathey’s grandson. He might be a Heyliger, but he’s actually a WATHEY…

Within weeks of Silvio double crossing his party leader, suddenly Silvio Matser is under investigation for tax evasion 🙂

They said Theo made the phone call himself, that’s how mad and vindictive he is… Just ask Patrick Illidge 🙂 .

Silvio Matser is CONVICTED and sentenced. He chooses to file appeal after appeal, to ensure that his already wealthy, tax dodging ass still collects his Parliament pension, as he remains a Parliamentarian AND a CONVICTED FELON!

That should be ILLEGAL…..

or so dey seh.

Two weeks ago Corallo was firmly rejected by the courts in his silly, little lawsuit claiming that the KKCURACAO  ‘slandered” his already bad name.

Corallo, is actually sitting next to that Cro-Magnon, Neanderthal Pepe…. and with a STRAIGHT face, he’s telling people how offended he is at being called a Mafia buddy?

Your father is a CONFIRMED MAFIA BOSS!

You come from Mafia sperm,

There must be some Mafia in your genetic makeup, in your DNA…

But you know that’s just my perspective, and my IQ barely reaches 100.

Corallo’s lawyers’ gotta pay for their kids college educations too….. I guess….

So now the latest in Corallo’s

His lawyer Gerard Spong has  appealled  the rejection of his criminal complaint of defamation against the KKCURACAO website.

The Knipsel Krant Curacao (KKCURACAO) referred to Corallo as a “mafia boss”.

Rather than asking  the editors for a rectification or retraction, he had his lawyers immediately file a criminal complaint against kkcuracao.info.

The Dutch Prosecutors  announced two weeks ago, that the case was baseless, a waste of taxpayers money, and a waste of people’s time (my translation).

His frivolous lawsuit, like the one Parliamentarian Cornelius de Weever filed against Bosman, was summarily dismissed.

An Article 12 complaint procedure before the Court in The Hague. 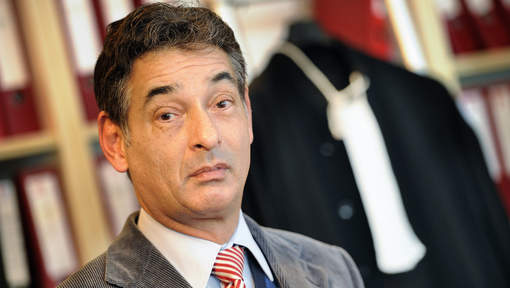 This is according to the antilliaanse dagblad official site

This article from the Dutch Code of Criminal Proceedings provides key stakeholders the opportunity to complain about a decision by the prosecutor not to proceed with a case.

In these cases, the Court assesses whether prosecution of a suspect is ‘feasible and appropriate’. If it is determined that it is, Corallo still is required to set up a criminal investigation and then to bring the case to court. Corallo is referred to regularly in the media as a “mafia boss” since the Italian authorities in 2011 labelled him as such.

In their documents referencing Corallo,  the Italians tore Francesco Corallo a new asshole…. Here are SOME of the documents…

Rather than giving Corallo a good reference, The Dutch government was warned of Corallo’s involvement in international drug trafficking,laundering of criminal gains through its casinos in St. Maarten. The Italians also added that he is an important person in the Sicilian mafia.

The editors of the Knipselkrant Curaçao stated in response to the news that they will appeal Corallo’s lawsuit and look forward to the courtcase with confidence.

FRANCESCO CORALLO VS THE KNIPSEL KRANT CURACAO ROUND