Dino Jagtiana Concerning His Legal Issues- And My Response

Dear Editor, I kindly request that you allow me some space in your publication to express my thoughts about the recent article that have been written about me in the media.  I am hopeful that you will consider giving this story the same kind of exposure as you did to the story printed about me on Thursday October 6, 2016. 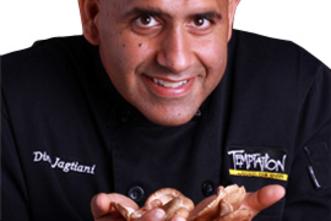 I would like to start by thanking everyone in the local media for the countless times over the past two decades that they have highlighted my many accomplishments, awards, and services within the community.  I have taken great pride in being a leader on the local culinary scene and have thoroughly enjoyed playing a role in helping St. Maarten to build the reputation of being recognized as the gastronomic capital of the Caribbean.

This being said, the recent article about my tax situation begs me to question if the leading news sources on this island are truly practicing newsworthy journalism or are they simply becoming avenues for tabloid and gossip stories?  One of the fundamental principals of truthful journalism is that there are always two sides to every story, in recent days I have read articles about me in several different news publications, which make strong accusations about my business practices, but sadly not one reporter has contacted me for a comment before printing these stories.  It seems like our media is a little too eager to write slanderous stories about any well-known person on the island.  I am no stranger to the local media, why has no one reached out to me for a comment?

Why has the local media been so quick to try and tear down my reputation without even asking to hear my side of the story?  Does every business person who has a tax issue have his or her name and picture printed along with a lengthy (one sided) story?  If I were not well known in the community, would this still be a front-page story?   If in fact this is a newsworthy story it could have been printed with just my initials and certainly there was no need for a large picture of me on the front page (as was printed by the Today paper), but then again, perhaps my name and image is what makes this story interesting?  If you are writing a gossip column then this is fair game.

The headlines that were written are clearly worded in a way to sound like a “new piece of melle”.  I have good relationships in the media with many journalists for many years, several of whom I still consider personal friends, why would no one contact me for a statement before printing such a negative headline about me?

Since my personal business is out in the open now, I think its important for me to offer a statement to explain things from my side:

About 10 years ago I opened a restaurant in Cupecoy called Rare with the intention of building this business into an international brand that would one day be a franchise with multiple locations in various countries.  I took advice from accountants and attorneys as to how I should structure the legal set up.   As a formally trained and celebrated chef with many awards,  I worked hard to create recipes, a unique design, and standards of operations that would have been used for new locations in collaboration with other professionals.  Some of you might remember, around this time, the global economy changed drastically.  The opportunities I was exploring in cities like Miami and New York now came with far more risk.  The plans to go international were put on hold, Rare St. Maarten experienced some success for a few years, but we were still barely breaking even, whatever we made in the high season covered our losses in the off season.

About 4 years after I opened Rare, I also invested into a coffee franchise (Rituals) and opened 2 locations in Philipsburg.  After a trial period of almost 1 year, we were struggling to turn a profit with Rituals.  I was spreading myself to thin, so I decided to close Rituals.  When it was all said and done, between my start up costs and costs of shutting down, I lost a fair amount of money.  As per the advice of my accountant at the time, my losses from Rituals were absorbed by Rare.

I would also like to clarify; my brother Arun never had anything to do with the business set up or any of the business dealings of Rare.  There were plans to get him involved from a marketing and branding side, when Rare was ready to open locations outside of St. Maarten, but sadly that day never came.

After years of trying, Rare never became what I originally dreamed it could be, so I decided to close the business and refocus all my energy to my flagship restaurant Temptation.  Since Rare did not grow the way it was designed to, the legal structure which originally was set up was inappropriate and resulted with me having an obligation to pay more taxes.  It grew to be costly learning experience, but one that I am glad will soon be behind me.

For almost a year now I have been trying to negotiate a settlement with the Fiscal Affairs Office, but we were unable to mutually agree on a figure and were even denied a reasonable monthly payment plan, which led to the recent court case to determine whether the legal construction I had chosen to use, could qualify as tax-fraud.  To the letter of the law, I have been “convicted,” but in fact I am a hard working local businessman who made a mistake, and am prepared to pay for this.

I am deeply offended by recent statements which suggested I have avoided paying taxes for many years, and that my actions has cost country St. Maarten a lot of money.  Because I am well known in the community, and my restaurant is constantly in the spotlight, I cannot hide under the radar and therefore my tax compliance is significantly higher than many others on the island.  There are plenty of businesses with significantly less or even zero compliance.

At the end of the day, I took advice from professionals who are fiscal law specialists.   I am a chef, I could never know the details of the tax code, therefore I rely on advices that have been given to me from the experts I hire.  The structure which was set up was fundamentally legal, but every construction has to be played by certain rules to avoid problems with the tax inspectorate.  I find it a pity that Fiscal Affairs Office was not willing to offer a reasonable monthly plan to settle the fine I was facing, insisting that this payment had to be made in full within a time frame of several weeks.

To use a soccer analogy, I feel I have been given a red card on my first violation, which should have been a yellow card, especially considering that many players on the field are commonly getting away with many violations.

I am not blaming anyone for what has taken place, I am an adult, and I must own my decisions.  Yes, I tried to find a legal way to lower my tax burden, but I have always paid taxes!  I challenge the media to find anyone from the business community who does not try to minimize his or her tax burden.  I accept responsibility for the way I have run my business.

Now that my name and reputation will be linked to conversations about taxes within the community (for the next few days at least), I hope some good can come out of all of this.

THE REAL STORY HERE SHOULD BE, it’s long overdue for country St. Maarten to simplify and reform our tax code.  Hopefully we will have a stable government in place that will finally make this a priority, because the current tax code is not motivating to the business community, and I know the leaders of this country are aware of this.

My story hopefully serves to highlight how challenging the current tax system makes it for local businesses to turn a profit, even if you are qualified and armed with a very good business plan, the odds are stacked against you.  In my case 2 out of 3 businesses failed, but fortunately Temptation is still running strong.  This year we closed for an entire month for the first time in 14 years.  I needed sometime to step away and refocus my energy to my passion of cooking.  As stated I’m glad to finally put this matter behind me and get back to doing what I do best!  This story hit the media the day before Temptation was scheduled to reopen… thanks again to all my friends in the media for the free press!  Don’t forget to book your office Christmas party!!!  Even the tax office is welcome for dinner by us.

Finally I would like to encourage the local media to focus on real journalism and stop being so quick to try and ruin the reputations of hard working St. Maartners.  The media’s role and obligation to society is far more important then this!

Thank you for allowing me to express my thoughts on this matter.

LETTER TO THE EDITOR

My Response To Above letter By Dino Jagtiani