Corallo Jr Vs. Corallo Sr. In St Maarten The Caribbean

I read this story and chose to ignore it, but nobody else is so…

The family rift between Gaetano Corallo and his son Francesco Corallo continues as Gaetano continues trying to make contact with his son to include him in the many businesses the Italian businessman owns in St. Maarten and Italy. 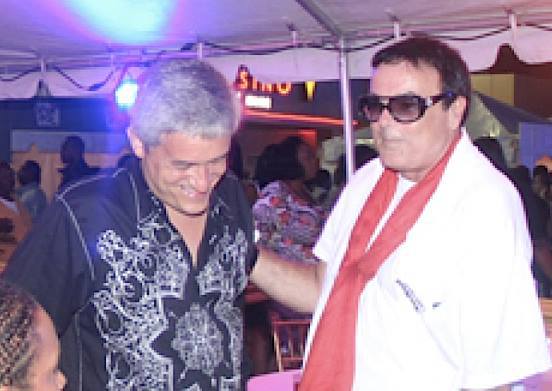 “I am on the island since June 30 and I have asked for meetings to settle the matter. However, he refused to do so, which led me to seek legal counsel against my son. He told me that he is having problems with the Dutch government and it will not be a good idea for me to be added in his local businesses,” stated Gaetano in the offices of his lawyer Roland Duncan this past weekend.

Corallo Sr. will file an official complaint with police against his son for falsifying signatures and documents to obtain his properties. In addition, legal proceedings against his son date back 30 years.

Documents obtained by The Daily Herald show several properties owned by Corallo Sr. in 1989 were left in the care of business partners while he was off-island to deal with legal troubles he faced at the time. The properties include Sea Palace, Fort Amsterdam, land on Great Bay Beach, 50-per-cent ownership of Fun Time Casino, Starz Casino, a mansion in Lowlands and much more.

Corallo Sr. recalled, “In November 1983, I had to leave the island because there was an arrest warrant issued for me in Italy. I left for Miami, Florida. With my attorney at the time I gave power of attorney to my 23-year-old son Francesco and business partner Giuseppe La Rosa to handle my affairs on the island.

“In 1988, I was arrested on the request of the Italian government. In 1989 the United States refused the extradition because of lack of evidence. In 1994, I got the residence papers in the USA and stayed there until the year 2000.”

He continued by stressing that his son had always been in contact with him and he had been informed that his businesses were fine and everything was being taken care of. Corallo Sr. was not able to travel and trusted his son to carry out business as normal, not knowing that his son was taking over the family business.

“My son told me back then that the best thing to do for the company is to keep a distance in order for the company to grow. Having my name attached would hamper the growth of the company. At the time, he was requesting a licence to open a slot machine company in Italy. The request was granted and has been successful since then,” said Corallo Sr.

The charges against Corallo Sr. were dropped by the Italian Government in 2014 and he started talks with his son to come back to St. Maarten.

“I am filing a criminal complaint against him besides the civil case, because many signatures were falsified,” added Gaetano. Duncan and Brandon Law Offices represent the businessman, who intends to stop at nothing but to get what is rightfully his, according to his legal representative.
Best Carnival And Jouvert Photos, Videos and Info