Caretaker Minister of Public Housing, Spatial Planning, Environment and Infrastructure VROMI Angel Meyers told Parliament all discussions with the French side on a joint sewage plant in the Cole Bay area have been suspended due to the recent “aggressive move” at Oyster Pond (see Friday paper). Excuse us, but really? 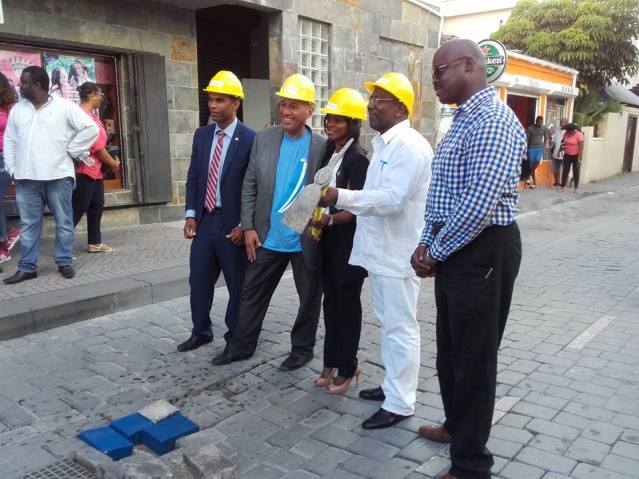 The actions by French authorities targeting Captain Oliver’s Marina at the time may indeed have been way over the top and perhaps in violation of an agreement to maintain the “status quo” pending negotiations on the border involving the Netherlands and France. Not everyone supported the subsequent boycott of the official St. Martin/St. Maarten Day celebrations in French Quarter by Prime Minister William Marlin and others either, but it was at least an understandable response.

However, the sewage facility has absolutely nothing to do with that issue. What’s more, the need for such a plant is probably greatest on the Dutch side, where far too much untreated wastewater currently ends up polluting Simpson Bay Lagoon.

Perhaps most important, it’s a project funded by the European Development Fund (EDF). One can only imagine the reaction among officials and consultants who have been working on the plans for several years.

Apparently three million euros was earmarked for the plant and another seven million for the connecting sewage lines in Cole Bay. Reallocation of the latter amount for different purposes is now reportedly being looked at, but one has to wonder if that’s even possible, let alone wise.

True, there have been problems with the first two proposed locations for the plant on artificial islands in the lagoon near Tropicana Casino or the causeway. The latest idea was to instead acquire a suitable plot of already existing land, but seemingly all of that is now up in the air.

The latter would be highly regrettable, because the need to do something about the sewage problem there is obvious and becoming increasingly urgent by the day. Frictions between authorities should never be used as an excuse or justification not to do what is clearly in the best interest of the island’s population as a whole.

The Everlastin View all posts by Eva Galli