A 6.3 magnitude earthquake has been recorded on the north coast of Puerto Rico. The United States Geological Survey said the quake struck north of the province of Isabela.

There were no immediate reports of casualties or damage from the earthquake, which the agency reported hit at a depth of 10 km (6 miles) about 80 km (50 miles) from Isabela.

The San Juan National Meteorological Service tweeted: “An earthquake with a preliminary magnitude of 6.3 occurred 44 miles north of Puerto Rico at 11:24 PM Atlantic Standard Time. There is no threat of a tsunami for Puerto Rico and the US Virgin Islands.

There were at least two aftershocks 30 minutes after the earthquake, one of 4.7 and another of 4.8, respectively.

There was no threat of a tsunami in Puerto Rico or the US Virgin Islands, according to the National Meteorological Service.

The spokeswoman for the Emergency Management Agency, Kiara Hernández, told The Associated Press that there are no immediate reports of damage. The United States Geological Survey says that, depending on its location and strength, there is a low risk of damage or casualties.

No major damage is expected because it is very far from the population centers, but depending on the buildings, you could see some damage from things that fall off the shelves. 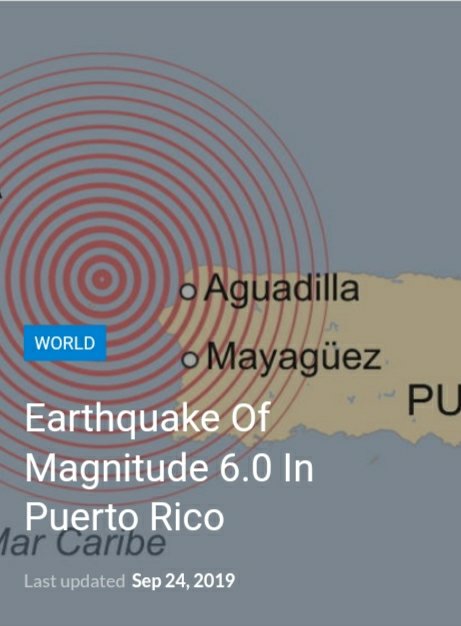