By Sint Maarten News on October 3, 2019 • ( Leave a comment )
Investigation Service conducted searches at various locations under the direction of the examining magistrate and in collaboration with the Aruba Police Force.
These house searches took place in the context of a criminal investigation by the National Criminal Investigation Department into possible crimes committed against corruption and other offenses concerning the issuance of government sites. More specifically, this research focuses on the question of whether one or more companies in or around the years 2009 to 2017 were able to acquire (an option on) ground lease rights on plots of the land of Aruba on improper grounds; the possible role of a former minister is also examined. 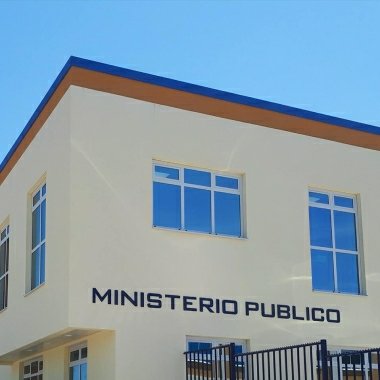 With the support of the National Criminal Investigation Department there, a search was also conducted today in Curaçao.
Documents and data carriers were seized during the house searches. For the time being no arrests were made. In the coming weeks, the investigation team will among other things analyze the contents of the confiscated administration and data carriers and proceed to hear suspects and witnesses.
The investigation is still at an early stage: whether the arrest of one or more suspects will be taken at a later moment, the Public Prosecution Service cannot and will not say at this moment; this also depends on the results of the further investigation. The Public Prosecution Service currently does not wish to make any further statements about the identity of the suspects and / or the suspicions that specifically exist against them.