Ridouan Taghi, according to the Public Prosecutor (OM) motor club Caloh Wagoh has given several murder orders, justice said Friday at a trial in the trial against members of the motor club.The lawsuit that is not yet being dealt with in substance, is now about a total of twelve murders, or attempts or preparations for this.

The attempt and the actual shooting of a house in Doorn is also one of the indictments of the total of twelve suspects prosecuted for various facts.

The public prosecutor said that the chief witness in this case, Tony de G., stated that most of the murder assignments “came from the sleeve of Taghi”. It was not made clear which liquidations, or attempts to do this, were specific. Taghi will not be prosecuted in this process for the time being.

Delano R., one of the founders of Caloh Wagoh, was described by the OM as subcontractor of Taghi. Crown witness De G. has stated that R. in turn passed on the orders for the murders to three so-called murder commands within his motorcycle club.

The assignments were divided “according to who was available”, the officer said. Crown witness De G., said to have been part of one of these liquidation teams.

Arrested suspicious intermediaries abroad
The recently arrested Feno D. (34) in St. Maarten and the B. arrested in Spain, acted as intermediaries according to the officer. They let R. know which people had to be killed.

Amounts from 70,000 euros to 90,000 euros were offered for this. Evidence for this has become clear, because R. presumably took photos and recordings of the messages in which the orders for liquidations were given.

The mutual communication was described as a “cow trade in the killing of people,” the officer said. “As if it were Brabant sausage rolls, people are being killed.”

The murder orders were then passed on to Delano R. An example of this is the liquidation on Zeki Yumusak in July 2017 in Rotterdam.

Greg R.’s lawyer, Christian Flokstra, stated that his client has always kept away from murders and therefore denies all involvement. He was indeed involved with the club, but was not a counselor as described by the OM.

The defense of the suspects criticized the fact that they could not yet hear the crown witness themselves. The lawyers point out that the suspicions against their clients are based on De G.’s statements and that they cannot defend themselves in this way.

Justice pays attention to the murder of Derk Wiersum
At the start of the session, the OM also considered the murder of lawyer Derk Wiersum in mid-September. “A life that has been taken away because, it seems, this lawyer did his job,” the officer referred to assisting crown witness Nabil B. in the Marengo trial by Wiersum.

The OM made it clear that this 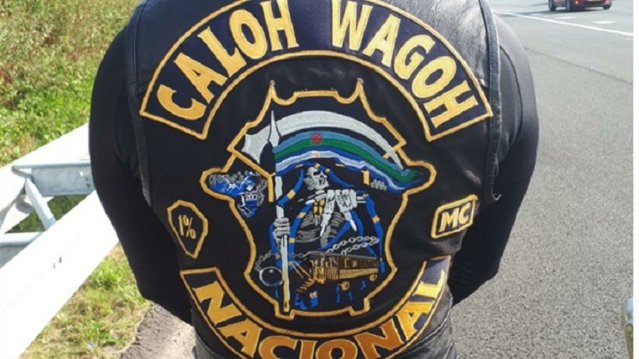