The Sint Maarten Police Force celebrated the ninth anniversary Police Day, today Thursday 10th October 2019 at the Police Headquarters in Philipsburg. The Ceremony was opened by acting spokesman Inspector Josepha, under the theme ‘We are a team’. The ceremony was geared towards recognizing all police officers and administrative staff for their tireless service, as well as introduce the launch of the Police website.

During the Police Day ceremony Pastor Cuvalier and Pastor Smith provided an opening prayer and words of encouragement to the officers who continuously chose country above self, every day they step into the Police uniform and perform their duties.
A brief speech was given by Chief Public Prosecutor Mirjam Mol congratulating all police officers on their special day and commended the Police Force on the continuously strengthening of the work relationship between all the partners within the Justice chain who have assisted us.
To end the official ceremony Chief of Police Carl John questioned “Where do we stand now?” in the continuous battle to combat crime. In his address he informed the invitees that the Sint Maarten Police Force will be standing in the future as he announced the launch of the Sint Maarten Police Force website that was created to be transparent to the community. The public can go to the website http://www.policesxm.sx for all information about services that the Police provides for the community.

The Chief disclosed that the Sint Marten Police Force dispatch receives a call every two minutes from persons who are in need of immediately assistance or regular service and we cannot do it alone, it must always be a community effort. To combat crime, we need the community to come forward. See something, say something and most importantly, share something”.
In light of the newly formed task force : Combat School Fights with the Public Prosecutor, the Sint Maarten Police Force is pleased to announce that one of the first initiatives set forth.
The Police Force initiative a pilot with a feature on the website that allows the community to send the Police Force a whatsapp message. The feature on the website will allow community of Sint Maarten to provide photos, videos, recordings to help combat school fights. This whatsapp number is only for sharing this type of info, if this pilot is a success more theme’s will be added in the near future.
In addition to this Whatsapp feature the anonymous TIP line (9300 free call) as well as sharing information via anonymous tip form on the website or a PM to the Sint Maarten Police Force Facebook page, that has over 10,000 followers, will still be an available option for persons who wish to share info.
The website will be updated regularly with procedures, additional information and police press releases on a daily basis, to be at your service. 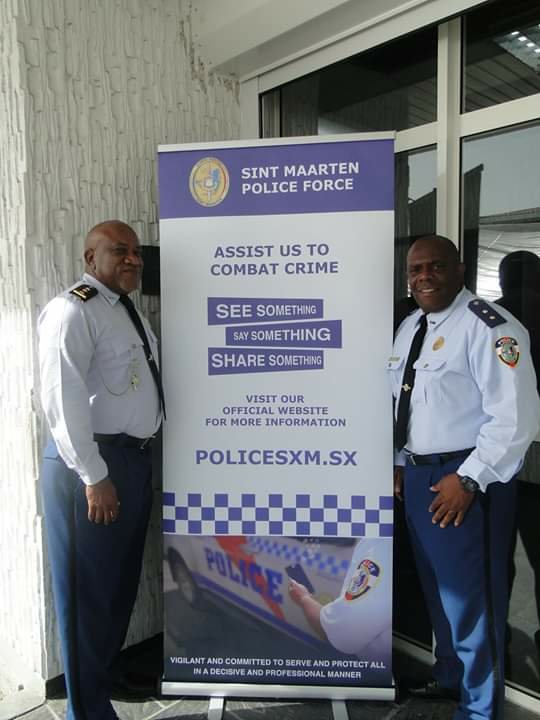