The sentences handed down were higher than those recommended by the public prosecutor’s office: three years ‘imprisonment, one of which was suspended and two years’ imprisonment, were pronounced against EF and MM respectively, whereas the prosecution had asked for two years and fifteen imprisonment and a fine of 5,000 euros.

These two young people of thirty years were presented Wednesday morning before the Criminal Court of St. Martin immediate appearance for detention, transport and disposal of narcotics, in this case cannabis and cocaine.

They were arrested in Grand Case Friday evening in flagrante delicto by gendarmes who had attended thirteen transactions in the afternoon. The two accused had been the subject of several surveillance since April; photos showing mainly EF discussed and exchanged with customers were provided on file.

A dozen consumers were questioned by the gendarmes and all identified EF as their supplier, which is supplied in part Dutch.

The investigation established the following procedure: on the roadside in Grand Case, EF meets with customers, then leaves and returns with the goods. It is hidden in a building near the rue des Ecoles. EF is then in the habit of handing money over to MM or placing it in two cars, also parked near the rue des Ecoles, belonging to MM’s companion.

Nearly 82 sachets were found containing a total of 161 grams of cannabis herb and 13 grams of cocaine.

In custody and at the bar of the court, EF recognizes the facts. He makes between 400 and 500 euros of transactions per day, or “between 12 000 and 50 000 euros per month,” the court noted. “But he only gets between 50 and 70 euros a day,” corrects his lawyer, the rest of the proceeds from the traffic to other people involved.

Just a year ago, EF had been convicted by the same court for similar offenses. He had been given a three-month suspended prison sentence and had never responded to the summons of the liberty judge to carry out the sentence without being detained. Today he asks the judges to “give him another chance” and “promise to look for a job”. He has never known his father, no longer sees his mother for two years, no longer has contact with his brothers and sisters. He left school in second grade and has no training.

He wished to take full responsibility for the alleged acts of MM. “He has nothing to do with it, I do not know him,” he said.

Before the gendarmes and before the judges, MM denies his involvement. He explains that he simply lent his car to EF. He justifies the 460 euros and 160 dollars found on him the day of the interpellation, by the realization of jobs and the need of money of his girlfriend to pay to change apartment. He refutes the investigators’ accusation that by fleeing during the arrest he threw a packet of cannabis on the floor. “He fled not because he was scared when he saw the black van with tinted windows coming in but for some other reason. Indeed, the gendarmes did not land in a car with the police but in a black van. My client being threatened by Mr., was afraid that it was him and so fled. But seeing that it was the gendarmes, he stopped, “said his lawyer. It also endeavored to demonstrate that the documents in the file, including the photos, did not allow to challenge “objectively” and in the affirmative his client who appears on the clichés very little. She also questioned the veracity of the declaration of the famous M with the gendarmes. “He accuses my client of traffic but he has never seen the transactions! It assumes that the traffic is organized by my client or TW, “she reports.

In his defense, MM confided in the court that he would like to see the birth of his children; her partner is pregnant with binoculars and should give birth at the end of the year. “His father was never there for him, he would like there for his,” said his advice.

In addition to prison sentences, the court ordered their continued detention; they will therefore be transferred to Guadeloupe in the afternoon, confiscation of seals (money, drugs and cars) and a ban on staying in Grand Case Streets Schools and Clams for five years. FE’s year of probation also includes a three-year probationary period that includes caring obligations (cannabis use) and finding employment or training.

It should be noted that consumers questioned are subject to separate procedures and are prosecuted for the use of narcotics. They will be summoned later in the Saint-Martin Criminal Court. 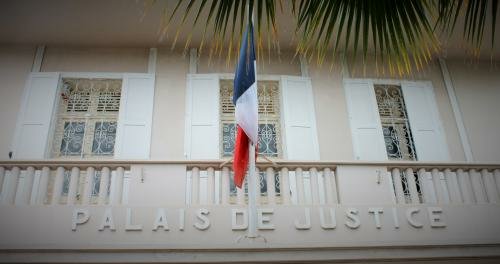