By Sint Maarten News on October 18, 2019 • ( Leave a comment )
THE OBJECTIVE IS TO CHECK IF THEY RESPECT ALL THE RULES, IN PARTICULAR IN THE FIELD OF LABOR LAW.

“The prosecutors are taking on the problem of Chinese mini-markets,” a correctional hearing was told, Thursday morning. Several state services were solicited: officers, border police and CGSS conducted checks in businesses in French St Martin, the objective being to check if the managers comply with the law, particularly in terms of work.

“People often do not respect the laws and they ignore them. Yet honest people are working, “said the vice-prosecutor. “We do not want to stop them from working, we just want them to work by the rules,” he says.

Most of them manage a company registered in the commercial register as they should, not all of them declare their activity and do not pay social security contributions. Some however transfer the TGCA to the Collectivité. Since these are often family businesses, children give a helping hand without being declared and without a work permit.

For the prosecution, these activities represent unfair competition. In French more than half of the food distribution is provided by so-called Chinese supermarkets.

Six managers of institutions were implicated and arraigned in the Saint-Martin Criminal Court. A couple appeared Thursday morning and five more will do so in January during a special hearing.

In addition to receiving fines or prison sentences with or without suspension, they could also be given an obligation to leave French territory. 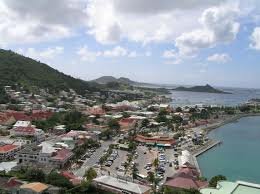