(HedgeCo.Net) The U.S. Commodity Futures Trading Commission has announced that the U.S. District Court for the Eastern District of New York entered an order of default finding that Blake Harrison Kantor and Nathan Mullins, both of New York, as well as four corporate entities—Blue Bit Banc, located in the United Kingdom, Blue Bit Analytics, Ltd., located in Turks and Caicos, and Mercury Cove, Inc. and G. Thomas Client Services, both located in New York—had committed fraud and misappropriated client funds. The case was brought in connection with the CFTC Division of Enforcement’s Virtual Currency Task Force.

On October 23, 2019, the court entered an order forcing the defendants to pay a total of $4.25 million. This included an order of restitution of $846,405 and a civil monetary penalty of $2.5 million against Kantor and the corporate entities, as well as a penalty of $300,000 against Mullins. The order also required Kantor and Mullins to disgorge ill-gotten gains of $515,759 and $89,574, respectively. The order also found that Kantor, Blue Bit Analytics, and G. Thomas Client Services had accepted customer funds and illegally acted as Futures Commission Merchants without being registered with the CFTC. The order permanently enjoins the defendants from engaging in conduct that violates the Commodity Exchange Act.

The order resolves a CFTC enforcement case filed on April 16, 2018, charging the defendants with fraud in connection with a binary options scam involving a virtual currency known as ATM Coin. [See CFTC Press Release No. 7714-18] The CFTC charged that the defendants solicited public customers to invest in binary options, promising an opportunity to be paid predetermined amounts based upon the price of the commodities at particular points in time. Although customers could trade for themselves or have a Blue Bit Banc representative do so for them, the defendants failed to inform customers that a computer software program used by Blue Bit Banc fraudulently altered data associated with their binary options investments so that the probability of investors earning a profit favored Blue Bit Banc and disadvantaged investors. To further the scheme, defendants told most investors to send their funds to a bank account in the island nation of St. Kitts and Nevis, making it more difficult to trace investor funds. The defendants also converted Blue Bit Banc investments into ATM Coin, a worthless cryptocurrency that Kantor had misleadingly told investors was worth substantial sums of money.

In a related criminal case in the U.S. District Court for the Eastern District of New York, Kantor pleaded guilty to conspiracy to commit wire fraud and admitted to obstructing an investigation into his fraudulent scheme. Kantor was sentenced to 86 months of incarceration. [See United States v. Blake Kantor, Case No. 18 CR 177 (E.D.N.Y.)]

The CFTC cautions victims that restitution orders may not result in the recovery of money lost, because wrongdoers may not have sufficient funds or assets. The CFTC will continue to fight vigorously for the protection of customers and to ensure the wrongdoers are held accountable. 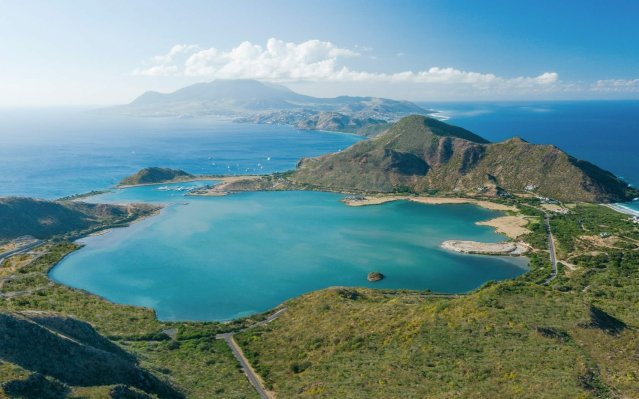