U.S. Air Force Lieutenant Colonel James Sinclair, FOL Curaçao/Aruba commander, spoke with Diálogo during a visit to the installation about the mission and their interagency work.

Diálogo: What is FOL Curaçao/Aruba’s mission?

U.S. Air Force Lieutenant Colonel James Sinclair, FOL Curaçao/Aruba commander: We provide support for counter-narcotics aerial surveillance, in accordance with international agreements. If requested and approved by our hosts country, we provide logistical support for other missions including weather reconnaissance mission that gathers weather data, which benefits the region during hurricane season. On occasion in response to natural disasters, we gain permission from the Kingdom of the Netherlands to support other missions. For example, we supported multinational relief efforts during last year’s devastating Caribbean hurricanes.

Diálogo: How does FOL Curaçao/Aruba coordinate with U.S. agencies and partner nations during an operation of suspected air and maritime drug traffickers?

Lt. Col. Sinclair: Anytime we get directions from JIATF South, we’ll position ourselves to support logistically. If there’s any additional cooperation needed, we will coordinate with the U.S. consulate, with our Dutch and Curaçao partners, among others.

Lt. Col. Sinclair: Transnational drug organizations have been pushing more of their drugs through the Pacific Ocean rather than the Caribbean, adjusting tactics, techniques, and procedures, looking for new routes. They have been using more semi-submersibles and dispersing their operations through Central American countries. At the same time, JIATF South constantly improves detection and exploitation methods to counter the illicit trafficking operations, working with partner nations and their capabilities in the fight against narcotrafficking organizations. Our regional Caribbean partners have been good at creating a mesh of detection that makes it harder for illicit drug traffickers to have success in the Caribbean Basin.

Diálogo: What are FOL Curaçao/Aruba’s results regarding their support of international counter-illicit-trafficking efforts during the first semester of 2019?

Diálogo: How does FOL Curaçao/Aruba support JIATF South’s Operation Martillo? What are the main lessons learned from this multinational operation?

Lt. Col. Sinclair: As we support JIATF South, we provide logistical support needed for Operation Martillo. The biggest lesson to come out of Operation Martillo is to trust and integrate capabilities with your allies while working together in the fight against criminal drug organizations. 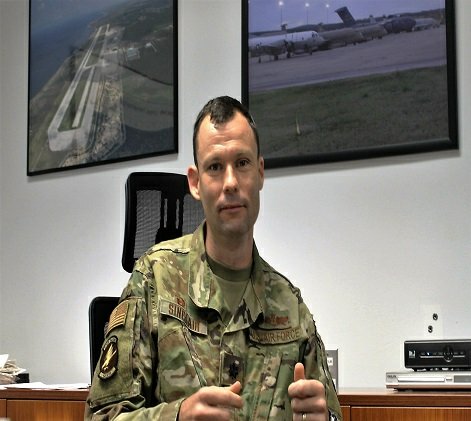