GRISHA MARTEN WANTS TO DUMB IT DOWN EDUCATION WISE. Like it helped Theo who STILL can’t speak English after 50 years.

GRISHA MARTEN WANTS TO DUMB IT DOWN EDUCATION WISE. St Maarteners are perceived worldwide as being ‘slow’ or even ‘stupid’. I would suggest to Grisha to raise or educational standards rather than dumbing it down, but Grisha is too dense to get how the brain of a child works. Grisha does not understand that language skills in a globalized market is an asset, not a liabilty and it’s easier to learn languages before adults tell you that languages are too hard. I have some infography to put together then some actuall blogging.
DAILY HERALD: PHILIPSBURG–Grisha Heyliger-Marten, number four candidate on the United People’s (UP) Party slate for the upcoming Parliamentary election and wife of suspended Member of Parliament (MP) Theodore Heyliger, says there is a language barrier in the St. Maarten education system where Dutch is the language of instruction in some schools while most of the island communicates in English.

According to her, the language barrier limits of residents’ ability to access a large portion of their benefits and restricts young persons’ ability to unlock their full potential.

She says educators have commented for years about the challenge the language barrier poses for students.

“If our educators tell us this, as politicians we should take heed and stand up.

“We cannot deny that English is the native language of our people. Creating different groups in our small society where language barriers limit our ability to communicate and reach a wider audience makes it impossible even for the government to convey important information to the population,” said Heyliger-Marten.

As a political candidate, Heyliger-Marten said she intends to champion several issues she believes are “at the root of many ills affecting our society.” She said MPs will need to enact or amend legislation to better reflect the social and economic circumstances of St. Maarten and to overcome these challenges.

“Education empowers and is a means of development.

“The UP Party has always been about inclusion since my husband formed it 10 years ago. … But, Dutch as a language of instruction, ignores the over 100 different nationalities that make up St. Maarten’s population. We can make life better for everyone,” said Heyliger-Marten.

She said she is concerned that not all MPs are able to communicate fluently in Dutch, but are still required to vote on amendments to laws written in Dutch.

“Where do we stand as a people knowing only a small fraction of people worldwide speak the Dutch language? [When ­– Ed.] more than 20 per cent of the world’s population studies … in English?” asked Heyliger-Marten.

UP Party’s first public meeting will be held in Sucker Garden on Friday, November 29.https://www.thedailyherald.sx/islands/92795-grisha-change-language-of-instruction-to-english 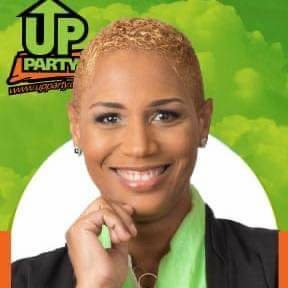