Cruise Lines have started to respond and help the Caribbean island of St. Vincent as the government has issued an urgent evacuation due to an imminent volcanic eruption.

Carnival Cruise Line is one of the first cruise lines to offer help with evacuations and two vessels are already underway heading towards the island. Royal Caribbean has also sent a cruise ship and possibly Celebrity Cruises.

The cruise lines have confirmed that it has agreed to send two vessels to St. Vincent and the Grenadines, located in the southeast Caribbean. The government has issued an urgent evacuation after days of increased seismic activity at the La Soufriere Volcano.

Carnival Legend will arrive at around 2:00 PM also on Friday.

Each of the Carnival ships will accommodate up to 1,500 residents and they will then be transported to one of the nearby islands which are offering help. The cruise line has also stated that precautions will be in place to protect the health and safety of the crew members on board.

It has also been confirmed by NEMO in a tweet that a Royal Caribbean cruise ship is arriving tonight to help with evacuations. According to our Cruise Ship Tracker, Serenade of the Seas is currently near the island

The Volcano could erupt at any time and on Thursday, Prime Minister Ralph Gonsalves issued an evacuation order. And the National Emergency Management Organization (NEMO) has tweeted that residents are being moved to safer locations. According to UWI Professor Richard Robertson, the situation at La Soufriere has deteriorated and signals show that the volcano could erupt shortly

With Carnival Cruise Line currently on hold due to suspended operations, there are ships that can help. The Carnival Paradise is expected to arrive at the island by 11:00 AM on Friday and the Carnival Legend will arrive at around 2:00 PM also on Friday.

Each of the Carnival ships will accommodate up to 1,500 residents and they will then be transported to one of the nearby islands which are offering help. The cruise line has also stated that precautions will be in place to protect the health and safety of the crew members on board. https://www.cruisehive.com/multiple-cruise-ships-head-for-st-vincent-with-imminent-volcano-eruption/49449

It has also been confirmed by NEMO in a tweet that a Royal Caribbean cruise ship is arriving tonight to help with evacuations. According to our 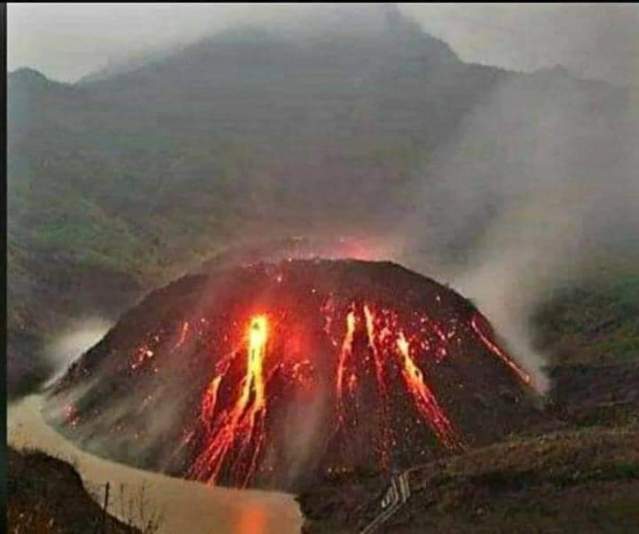 New swarm’ of volcano-tectonic earthquakes at La Soufrière Volcano in
Posted on April 8, 2021 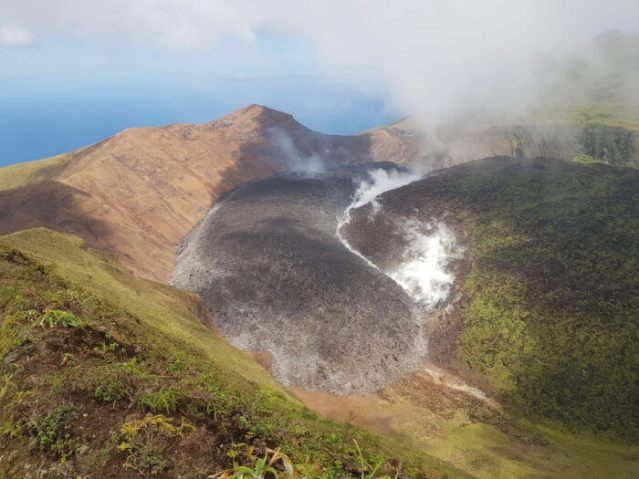 The National Emergency Management Organization (NEMO) in St. Vincent and the Grenadines warned on Monday that a “new swarm” of volcano-tectonic (VT) earthquakes which began at the La Soufrière Volcano at 6:38 am continued at “a fairly constant rate” before starting to decline at about 2:00 pm.

It said this is slightly deeper than those recorded between March 23 and 25, 2021, which were located at depths from 3 to 5 km below the summit.

Earlier estimates of these swarms were revised from 10 km to 3 to 5 km, according to NEMO.

It said the largest volcano-tectonic earthquake was recorded at 2:16 pm on Monday, with a magnitude of 3.9.

There were nine more volcano-tectonic earthquakes in the swarm with magnitudes of 3.0 or more, NEMO said.

“Today’s swarm of Volcano-Tectonic earthquakes were also much more intense compared to those which occurred during the period March 23-25 and contained many more small earthquakes, with an average rate of about 50 earthquakes per hour compared with 1.5 per hour in March,” it said.

NEMO said there were several reports of earthquakes being felt on Monday in communities close to the La Soufrière Volcano, such as Fancy and the town of Chateaubelair.

NEMO reminded the public that no evacuation order or notice has been issued.

It is also encouraging residents, especially persons living in communities close to the volcano, to be prepared “in the event that it becomes necessary to evacuate at short notice.”

In a March 27 announcement, NEMO appealed to the public to “desist from visiting the La Soufrière Volcano, especially going into the crater, since doing so is extremely dangerous.”

The Fire Department/Office of Disaster Management, and the Meteorological Department of Sint Maarten (MDS), are closely monitoring developments on the island of St. Vincent and the Grenadines with respect to the La Soufriere Volcano. The volcano does not pose a threat to Sint Maarten. 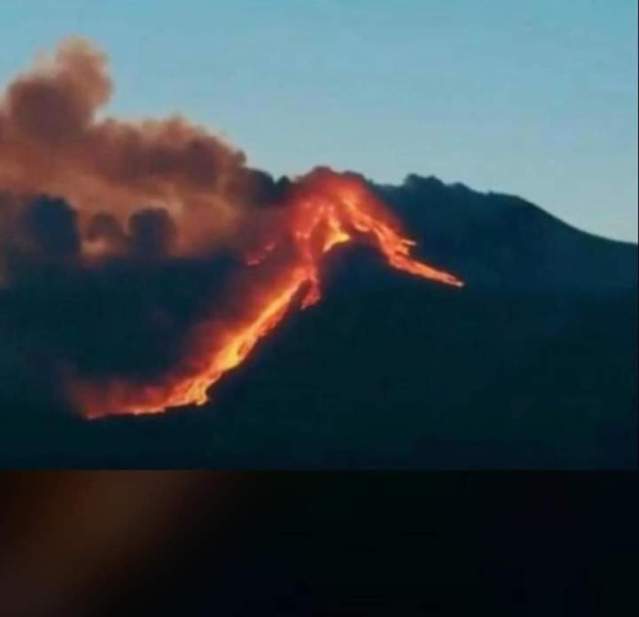 According to the St. Vincent National Emergency Management Organization (NEMO), the steaming/smoking at the volcano has increased, however, the alert level remains at Orange.

The La Soufriere Volcano stands 3,864 feet above sea level. According to the Seismic Research Unit (SRU) of the University of the West Indies, there have been five explosive eruptions at the volcano during the following historical period: 1718, 1812, 1814, 1902/03 and 1979.

The most recent dome building (effusive) eruption of the volcano began on December 27, 2020. Visual observations confirmed that high temperatures detected by satellites used to track wildfires were in fact caused by magma reaching the surface.

According to the SRU situation report of Thursday, at this stage, it is unlikely that the volcano will impact other islands, however, should the eruption escalate, volcanic ash may be emitted and may impact neighboring islands. During the 1979 eruption, volcanic ash was reported in southern St. Lucia and Barbados.

The Sint Maarten Fire Department/Office of Disaster Management and the MDS, will continue to monitor the situation and update the general public with respect to any new developments.

St. Vincent has declared what it said was a red alert and is trying to evacuate the island after seismologists have warned that the La Soufrière volcano could erupt.

NEMO also said Royal Caribbean Group was sending a ship to help in the evacuation process; Royal Caribbean did not immediately respond to a request for more information, but sources believe the Serenade of the Seas is on the way to St. Vincent.

“Each ship will accommodate up to 1,500 residents who will be transported to neighboring islands which have agreed to offer refuge out of harm’s way. All precautions will be taken to protect the health and safety of Carnival crew and the passengers who board the ships.” https://www.cruiseindustrynews.com/cruise-news/24747-carnival-royal-caribbean-to-help-evacuate-st-vincent-before-volcano-erupts.html 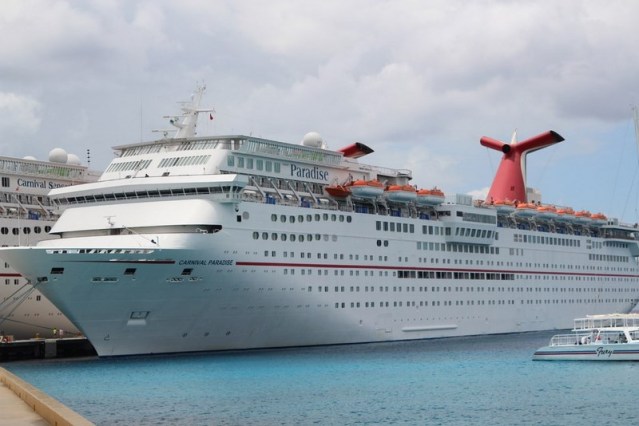 Fears of an imminent volcanic eruption led to mandatory evacuations on the Caribbean island of St. Vincent on Thursday.

Cruise lines were expected to arrive at the island on Thursday night to bring people who live near the La Soufriere volcano to safety, emergency officials on the island said.

It’s not clear how many people will be evacuated, or where they will be taken.

La Soufriere lies on the northern side of St. Vincent, and could be seen glowing by Thursday night, following days of seismic activity in the region.

The coronavirus pandemic could complicate the evacuation, as displaced residents will have to be vaccinated to board the ships, according to Ralph Gonsalves, the prime minister of St. Vincent and the Grenadines.

Gonsalves said he was asking other island nations to welcome refugees, even if they don’t have a passport.

“This is an emergency situation, and everybody understands that,” he said.

More than 100,000 people live in the country, which includes 32 islands — most of them uninhabited. 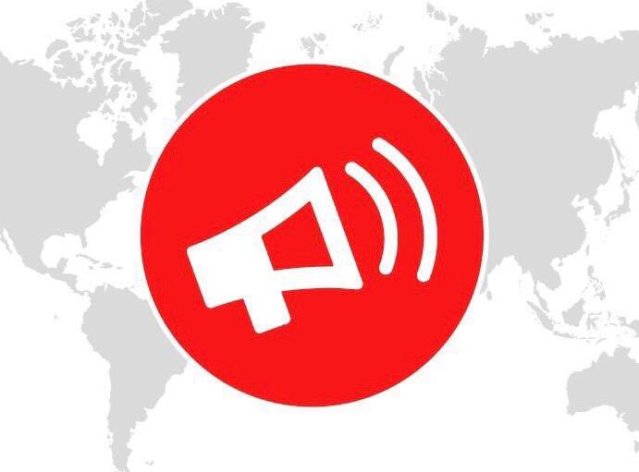 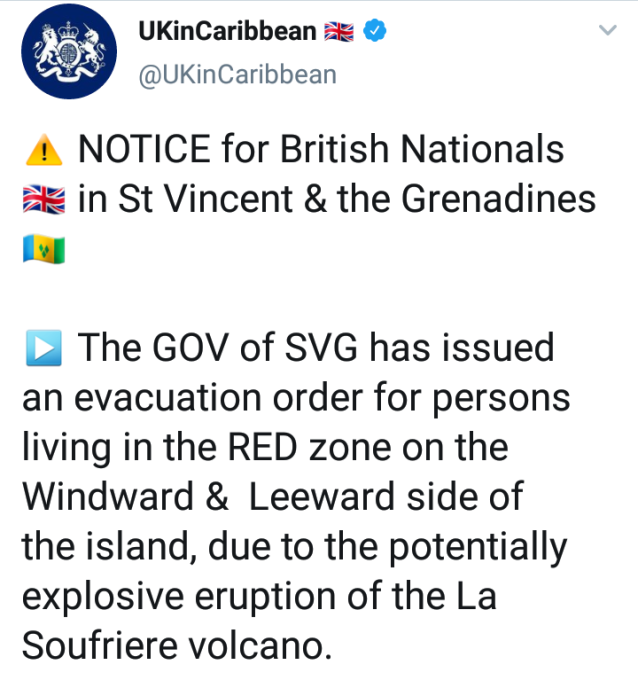 (Click back, I am uploading the latest documents about Soufriere)

Webcams now show molten rock on the surface of the volcano, a sign that an explosive eruption could be imminent. Image: UWI Seismic Research Centre

It appears a significant volcanic eruption is imminent in the Caribbean, with the area on high alert and officials evacuating communities away from a zone of extreme danger. The National Emergency Management Organization (NEMO), Ministry of National Security, for St. Vincent and the Grenadines in the West Indies reports that steaming and smoking at the La Soufriere Volcano has dramatically increased in recent hours and an explosive eruption can occur within hours or less.

At noon today, NEMO raised an alert level to orange but has since raised it further to RED, indicating extreme danger at the La Soufriere Volcano.

A lava dome through effusive eruption began last December. Visual observations in late December confirmed that high temperatures detected by satellites used to track fires were in fact caused by magma reaching the surface. Today, with steam and smoke rising from the volcano at increasing volumes, scientists believe an eruption could be imminent; it is too soon to tell if this eruption will be catastrophically explosive.

However, geologists studying data from this volcano believe an explosion is coming. Monitoring stations had reported long earthquakes, which suggested that fresh magma was trying to reach the surface, and indicated that the volcano was moving to “an explosive stage” according to reports in the St. Vincent online newspaper News 784.

With the situation escalating, Vincentian Prime Minister Dr. Ralph Gonsalves has issued an evacuation order for all communities in a red zone area, which consists of the northern third of the island. The safe areas outside of the red zone are from North Union to Kingstown on the Windward side of the island, Barrouallie to Kingstown on the Leeward side and the Grenadine Islands. The National Emergency Operations Center (NEOC) has now been fully activated on the island to deal with this impending disaster.

La Soufriere’s most devastating eruption occurred in 1902; that explosive eruption claimed approximately 1,600 lives. During the last eruption in 1979, the local population was successfully evacuated and no one died.

Scientists are also tracking other seismic threats: earthquakes and tsunami are also possible risks from a significant volcanic eruption. 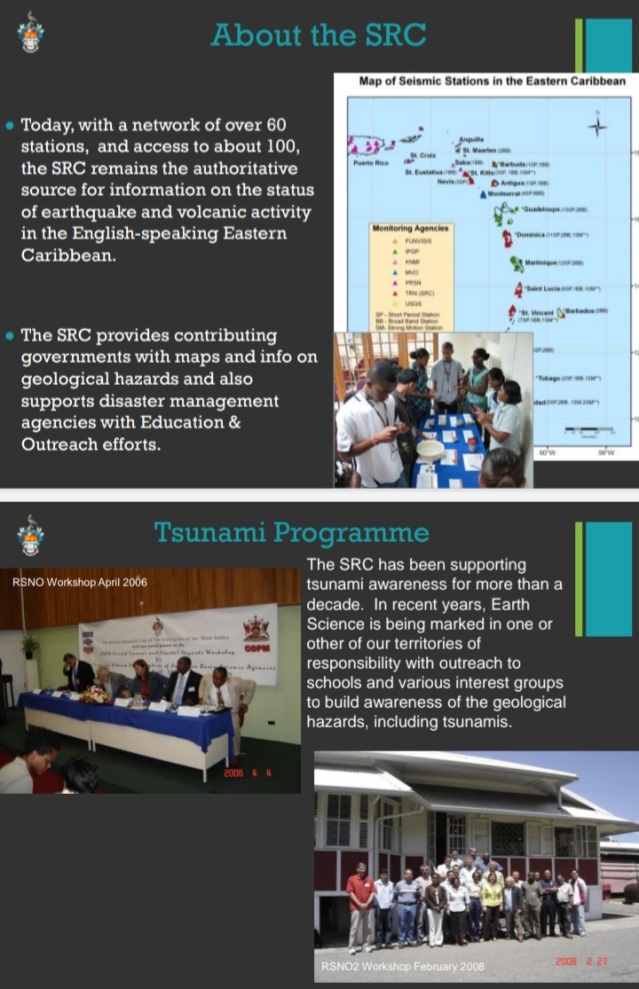 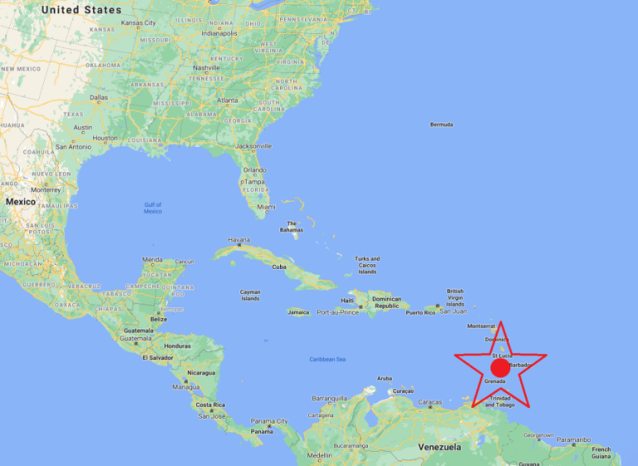 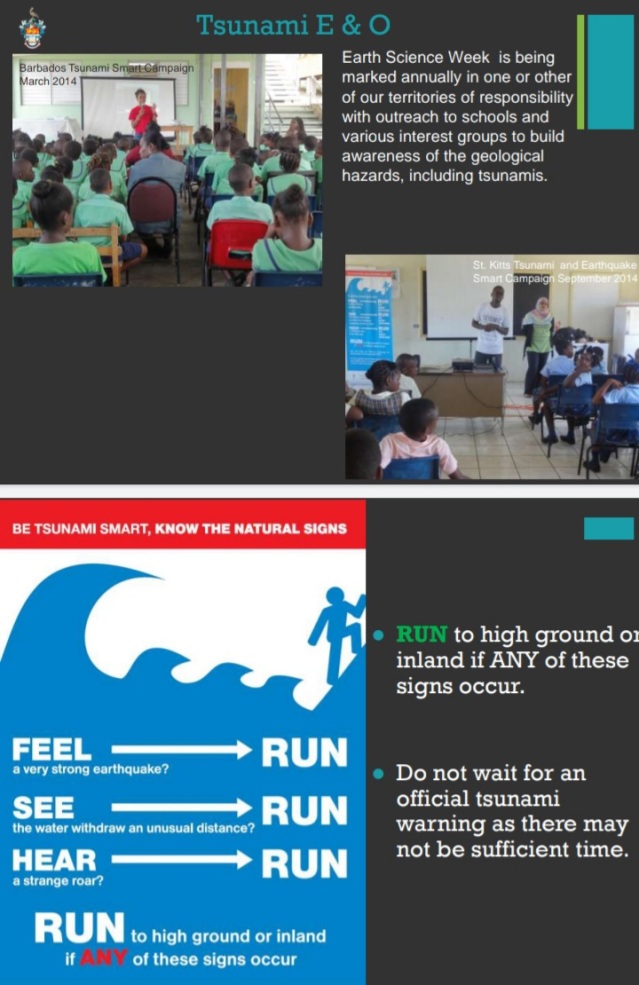 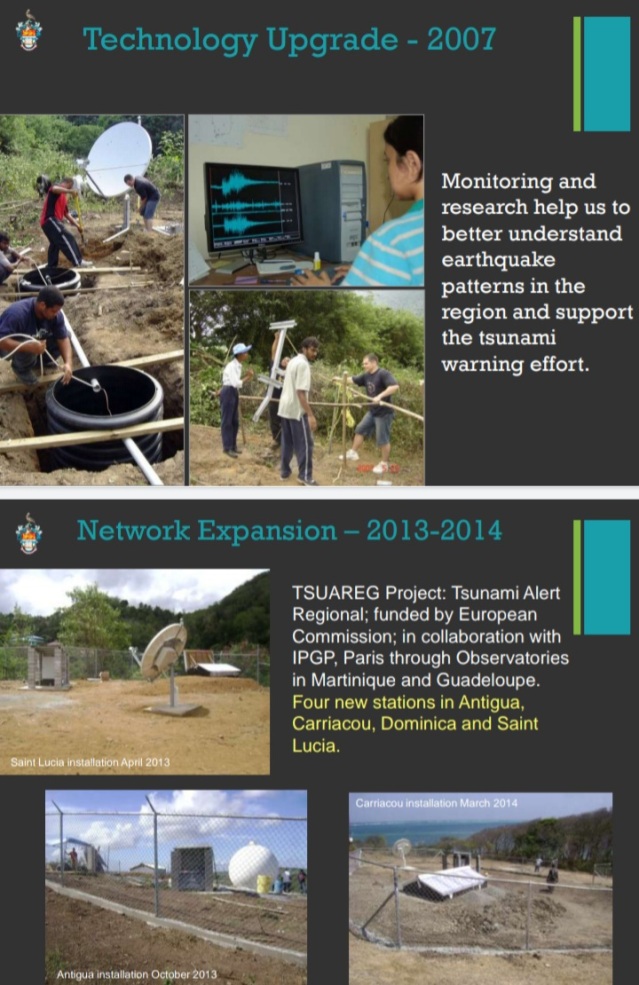 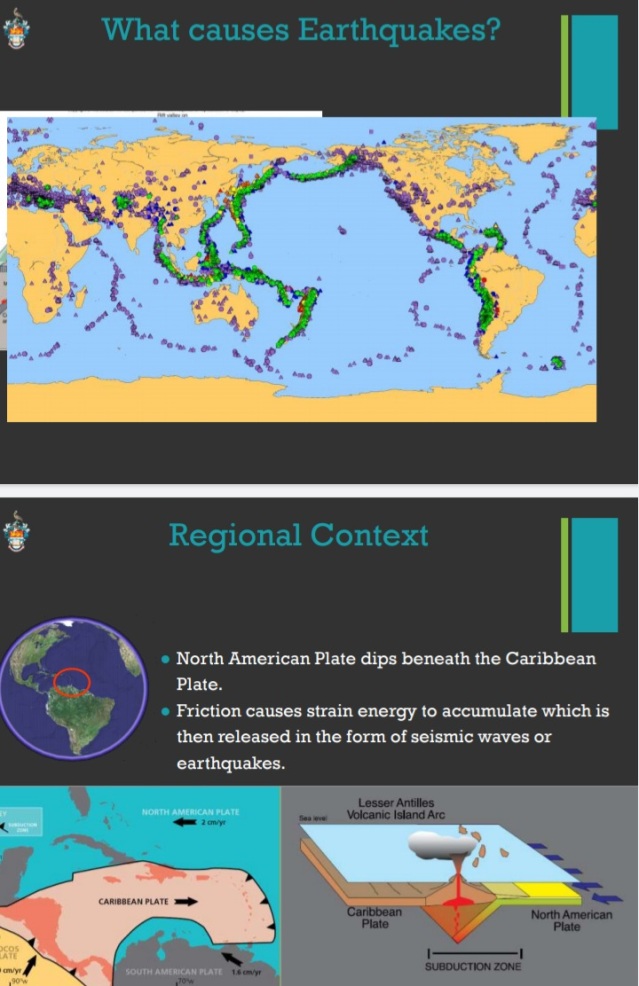 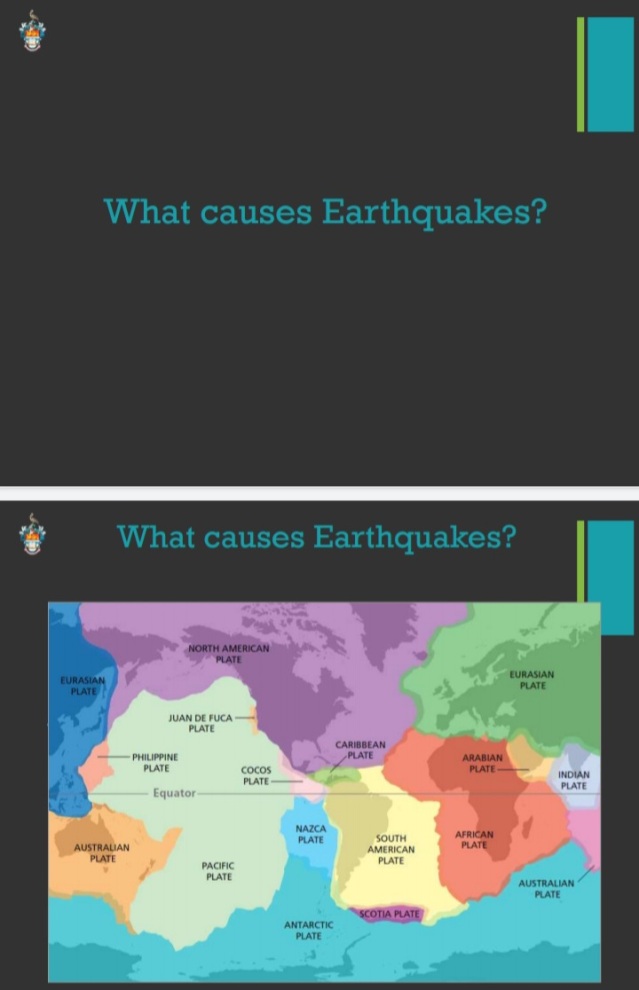 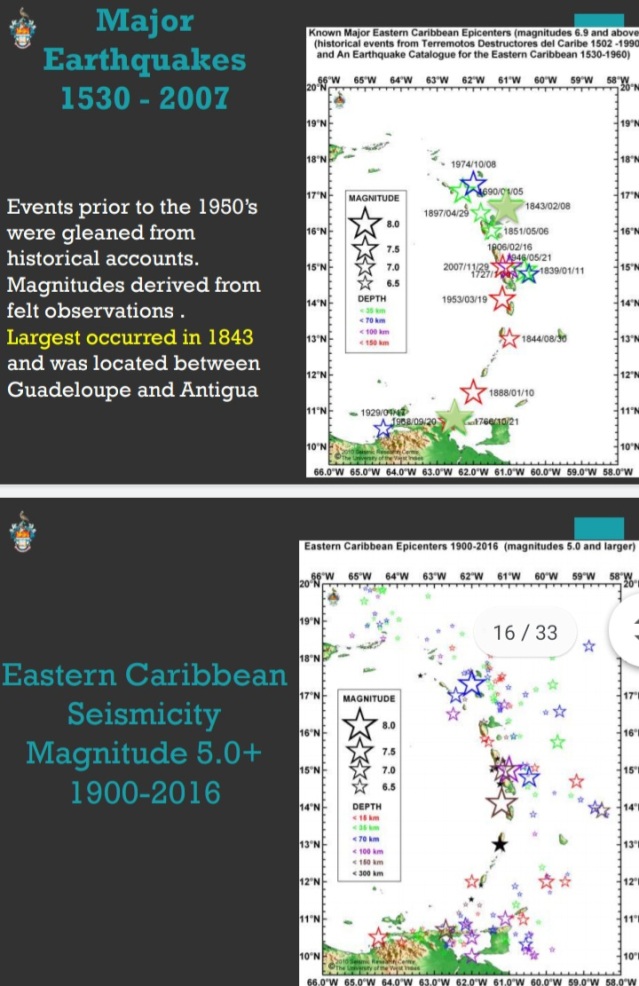 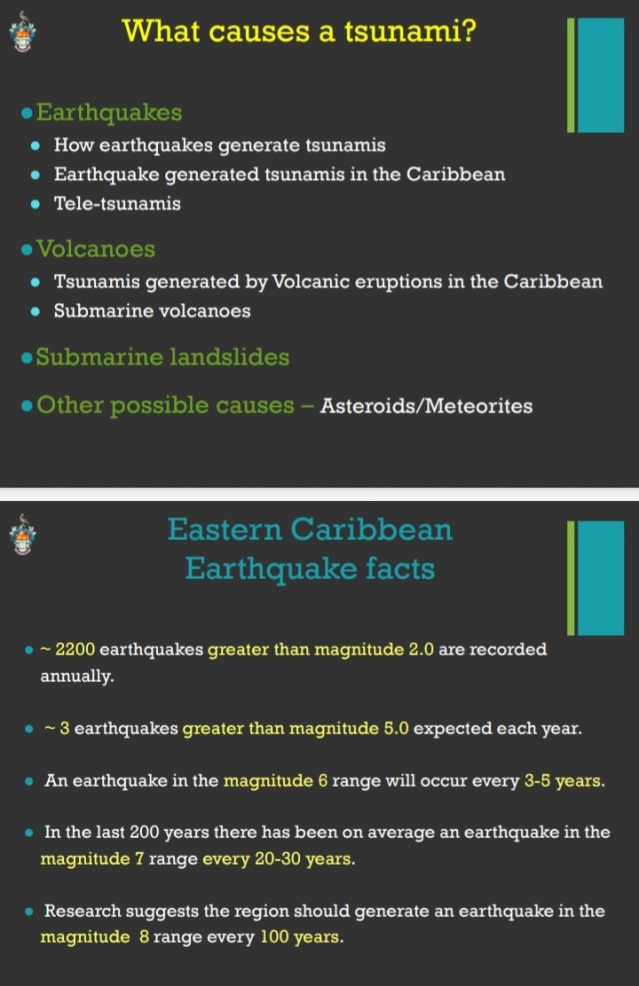 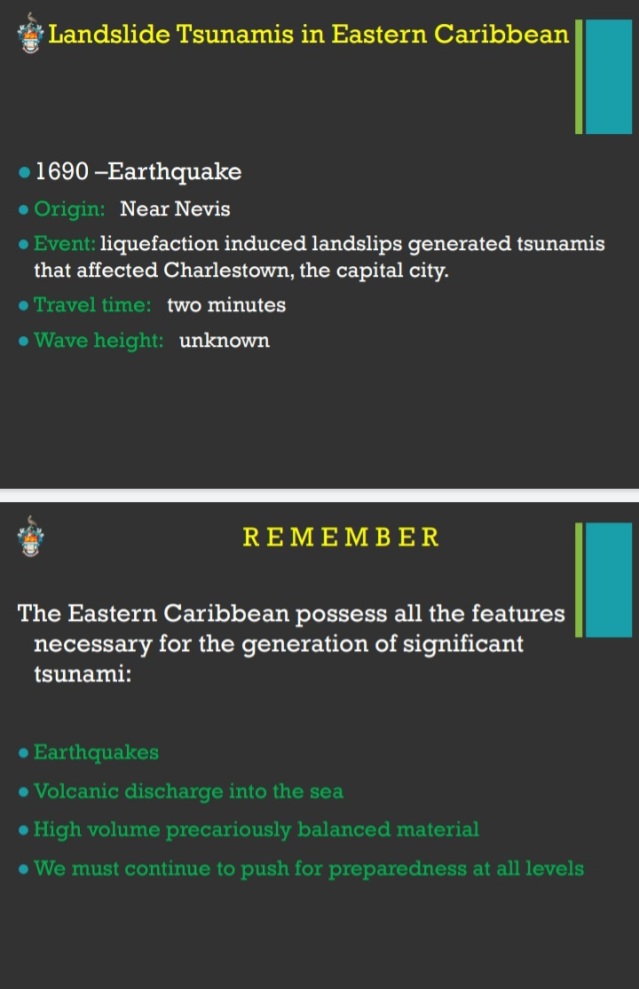 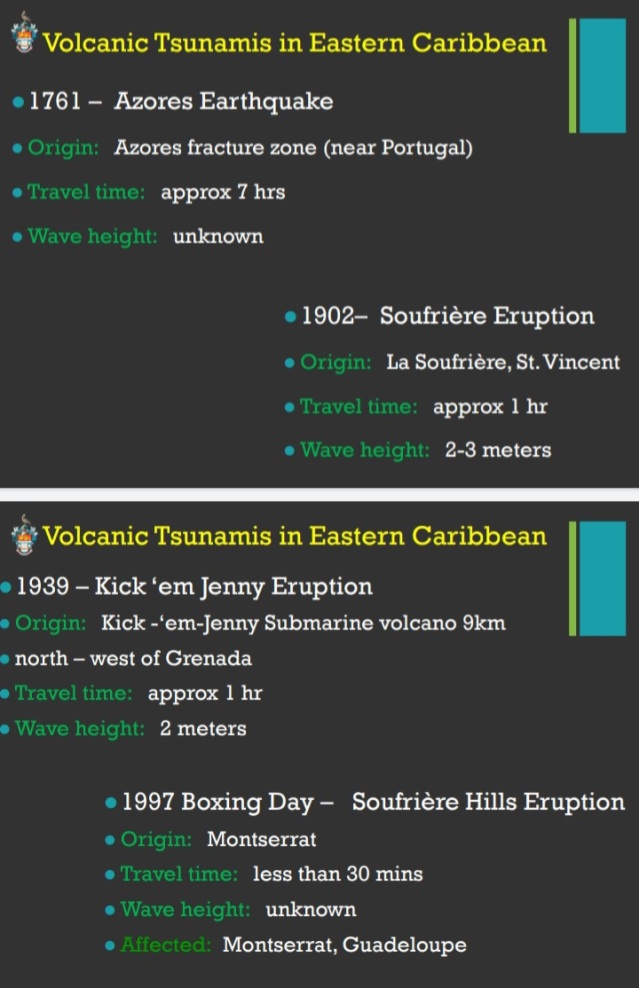 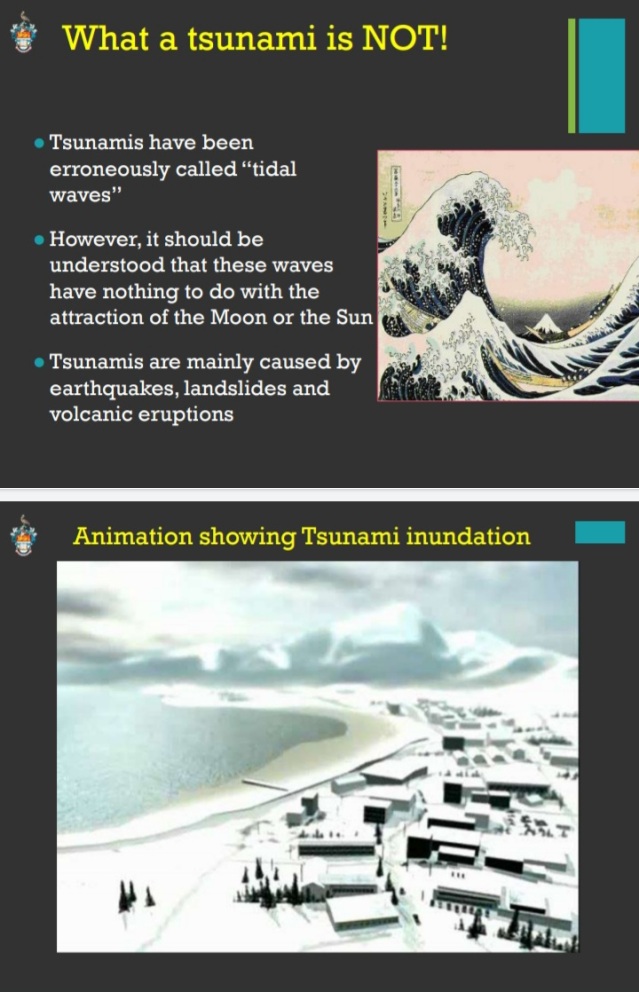 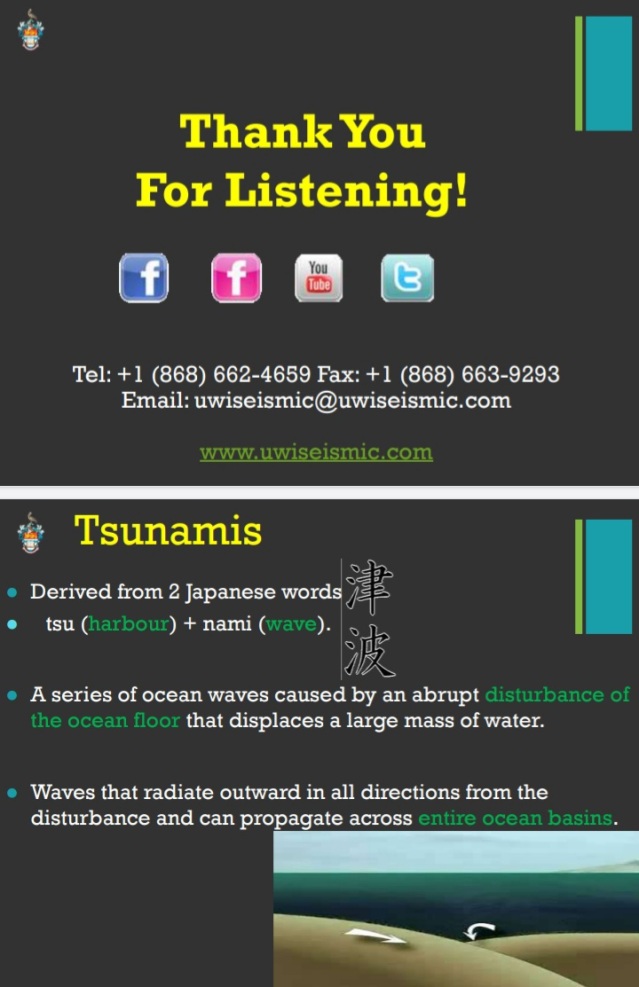 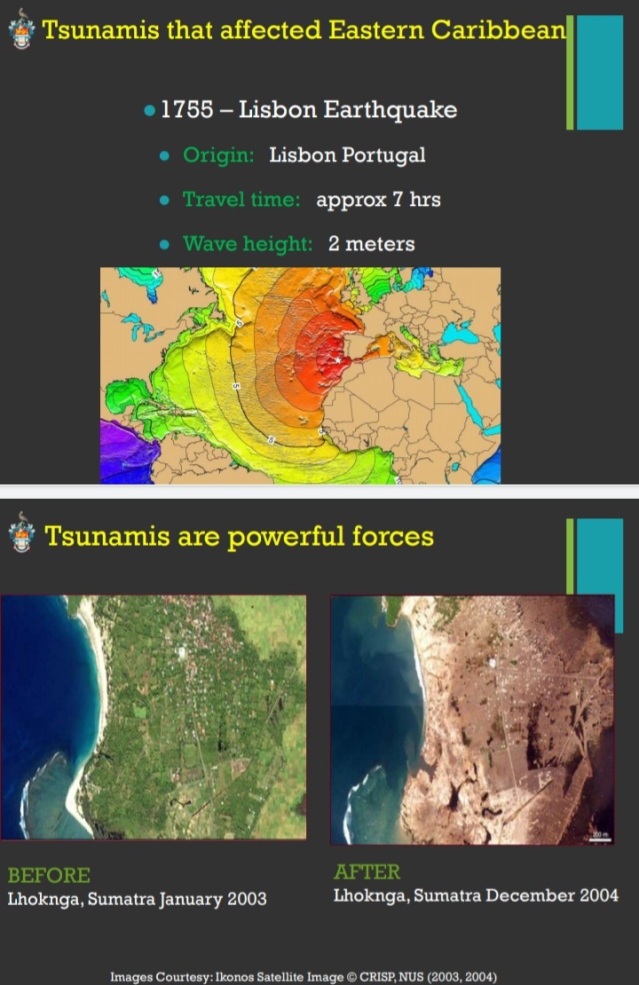 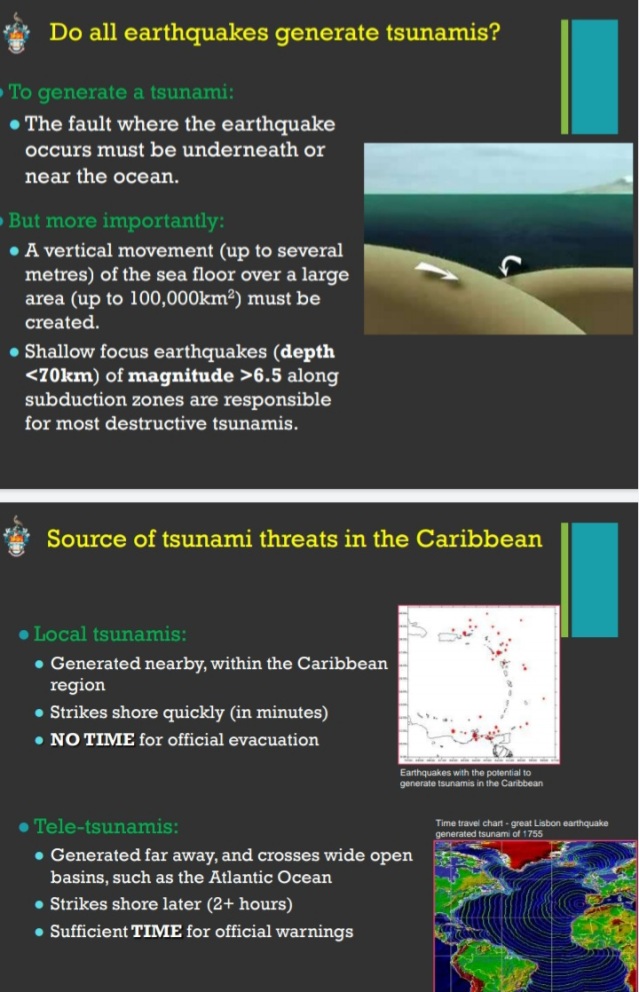 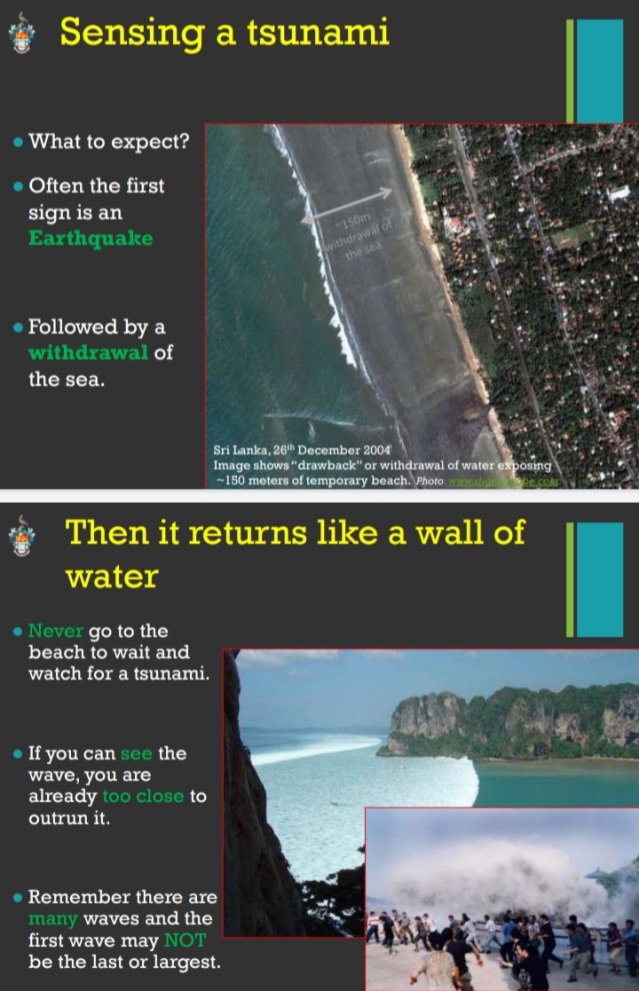 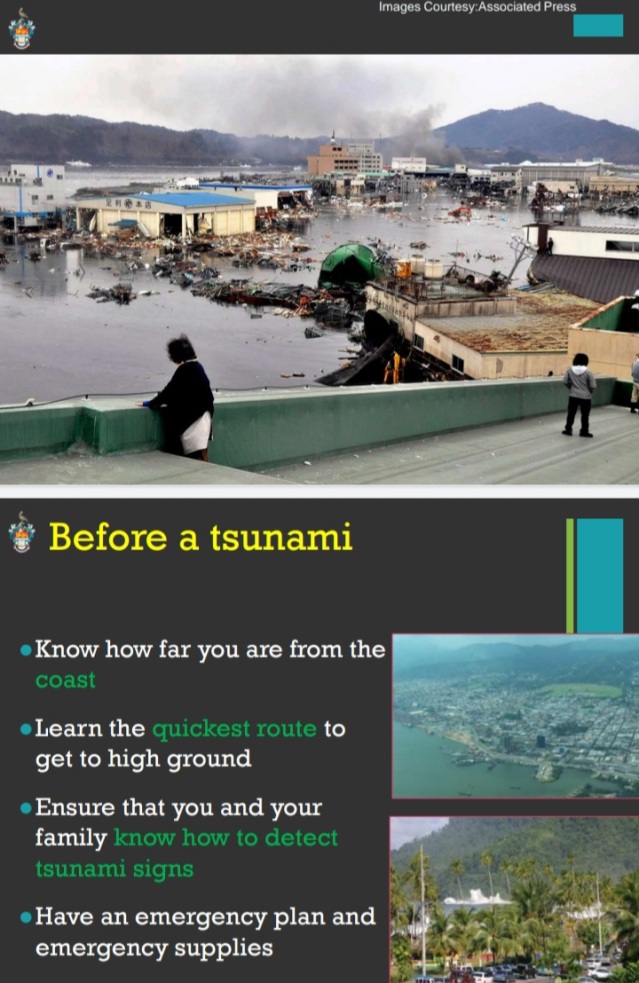 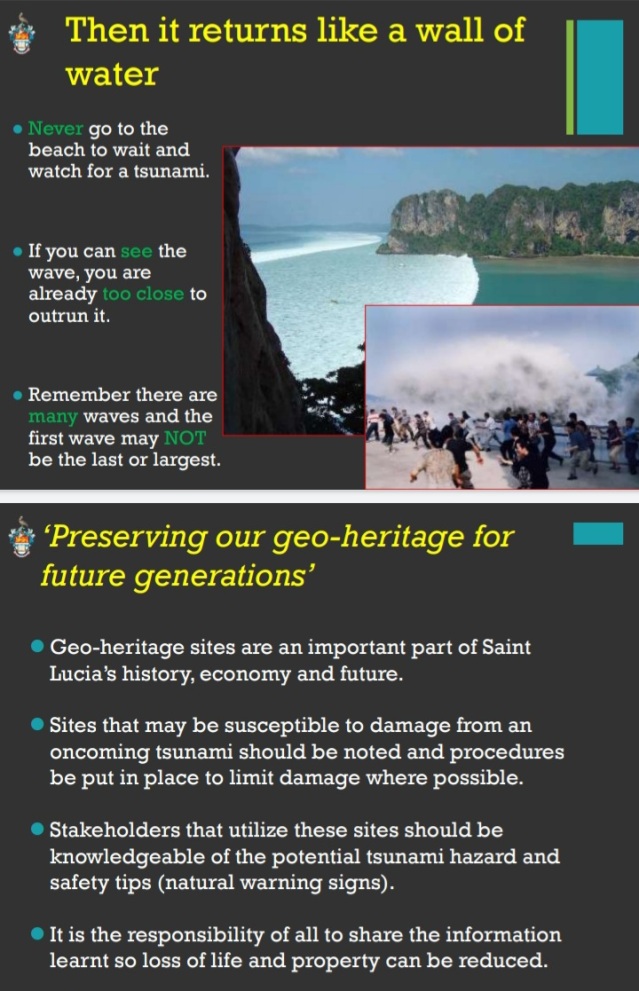 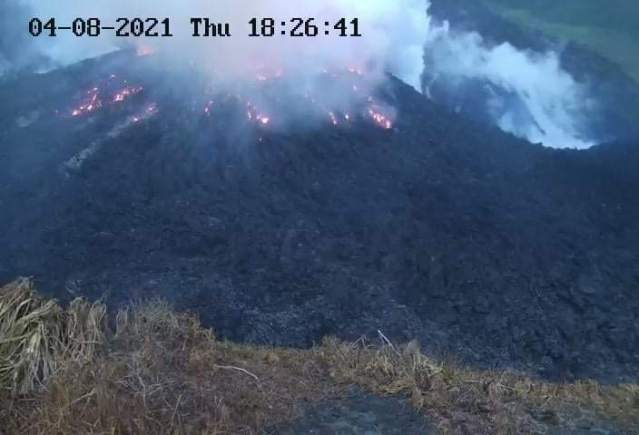